The Central Trend • May 1, 2018 • https://thecentraltrend.com/42321/opinion/reviews/tonight-alives-most-recent-release-underworld-showcases-their-promise/ 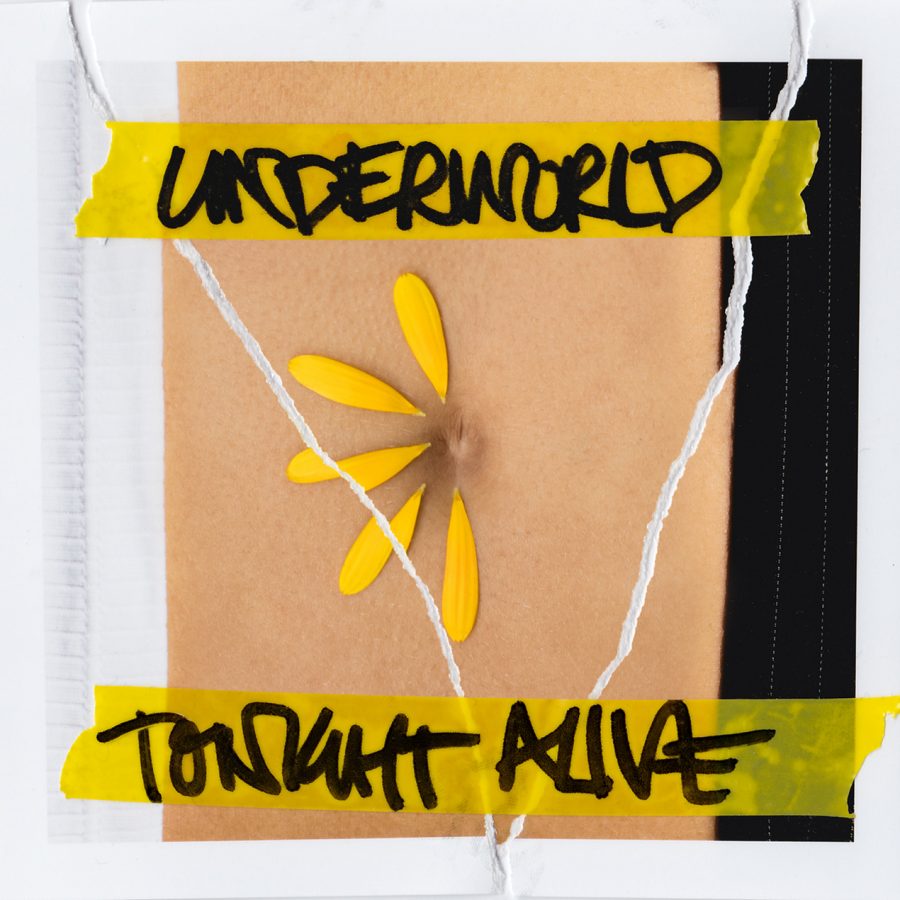 Bigger isn’t always better. Sometimes, you can get forced down a path after you’re tricked into thinking it’s what’s best for you. After three albums on two different major labels, Sony Music Australia and Fearless Records (a subsidiary of Universal Music Group), Tonight Alive, switched labels and joined the roster at UNFD, an independent label based in Melbourne, Australia. They also signed onto an independent label based in California called Hopeless Records for their US releases. The musical growth of the band due to going to smaller labels is shown in their most recent release Underworld.

Tonight Alive is a band originating from Sydney, Australia. Tonight Alive currently consists of Jenna McDougall with vocals, Jake Hardy on rhythm bass, Cam Adler on bass, and Matt Best on drums. Tonight Alive recently had to adjust to the departure of lead guitarist and founding member of Whakaio Taahi, but the group still continues as a four-piece band. Fortunately, Taahi first recorded the release before his leave, and elements of his talent are still present in Underworld.

The album kicks off with “The Book of Love.” This simple song contains lots of wordless singing- which I did not enjoy- and I essentially walked away with an indifferent feeling about the track.

The album then moves to a slightly sour note with “The Other.” The song itself is good, and I enjoyed the lyrics about breaking free. However, I noticed a slight error in the mixing; the vocals are incredibly powerful, but the heavy and unbalanced bass makes the vocals staticky. However, McDougall’s range is displayed in this song beautifully, so it’s just a shame the listeners cannot fully experience it.

The album is just on an uphill climb after those two just satisfied songs. “Temple,” the first single from the album, is a strong point. The single is filled with angst and heavy guitar riffs, yet the catchy chorus will get stuck in your head all day. This is the sound I desired from Tonight Alive after I heard their mediocre last album, Limitless. This fulfilled all the needs I had after listening to that last album; I was incredibly pleased already after just hearing this one song.

Another remarkable song is “Just for Now.” This song has an amazing intro and then flows smoothly into elements of electronic sounds. These sounds do not distract in any way, but they add to the song as a whole. The end of the chorus keeps the listeners’ attention, and dare I say, it’s the most important feature of the song as a whole.

A strength in the album is seen in the collaborations. Lynn Gunn of PVRIS is featured in the track “Disappear.” This is my personal favorite on the album, and I love the way the two leading ladies of pop-punk blend their vocals perfectly. The song itself is almost a blend of PVRIS and Tonight Alive in the best way possible. The song is simple, yet complex. I enjoyed the emphasis on vocals, and that made this track stand out to me.

The next collaboration and closing song is “My Underworld,” featuring Corey Taylor of Slipknot. Although the combination of a pop-punk band and heavy metal band seems impractical, it works well together. The entire track is a great choice to end the album on. The listener is left with a hopeful note, and McDougall’s and Taylor’s voices fit mesh in a way that is indescribable. The sliding and complex vocals help the two artists complementing each other, and in turn, it creates a wonderful experience.

The final, impeccable track is “Looking for Heaven.” I have never heard Tonight Alive tackle an entirely piano-based song, yet they still did it incredibly. This song is obviously a reach out the group’s comfort zone, and the risk paid off. This stripped song is absolutely breathtaking. The raw and emotional lyrics packed with the stunning vocals make this an unforgettable track.

Overall, this is a release worth listening to. The growth displayed in their musicality is remarkable and makes it an incredibly fun album to listen to. The risks they took artistically paid off, making it an album I will constantly be reaching for in the future. After the release of their third studio album, I was unsure about the future of Tonight Alive. However, after this fourth album, I know they have what it takes to stick around for awhile creating bigger, better, and brighter music.