The Central Trend • May 5, 2018 • https://thecentraltrend.com/42333/opinion/reviews/roy-woods-impresses-with-album-say-less/ 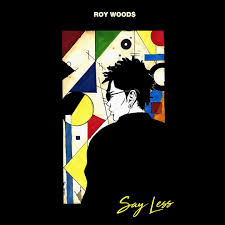 With thousands of artists entering the hip-hop and rap game each year, there’s not much one artist can do to set themselves apart. Sure, catchy music and a variety of tunes are vital to a successful music career, but few have the defining “it” factor that guarantees stardom. From my standpoint, singer Roy Woods most definitely has that factor. From the smile that never leaves his face to his incredible music and caring heart, Woods is the whole package and has roped me in as a loyal fan.

Woods’s third album, Say Less, has boosted him into the spotlight with thousands listening to his music each month. Yet as a relatively smaller artist who is not well-known worldwide, Woods has a humble way about him, one that keeps him true to the roots that proved him successful. Rather than succumbing to the mainstream path that many artists have gone down in the past, he has maintained the same distinctive vibe through each of his albums, regardless of his increasing popularity. This unique sensation brought forth by Woods’s music is what makes his creations truly remarkable.

The album itself, Say Less, encapsulates the exuberant yet emotional mood that Woods is constantly emitting. My personal favorite, “Little Bit of Lovin,” is tagged with Woods’s phrase “let’s get jiggy,” which perfectly represents an upbeat song that is quick to replace doom and gloom with pure joy  Other contenders for best song on the album include “B-Town” and “Drama,” the latter of which features arguably the most popular rapper in the world: Drake. Along with his vibrant tone, Woods was endowed with an amazing singing voice, evident in songs such as “Medusa.” When Woods’ energetic vibe, meaningful lyrics, and alluring voice are combined, the result is Say Less, a comprehensive masterpiece.

The highlight of Say Less is its ability to suit any mood. With a varying assortment of songs coming together to create a singular album, there’s truly a song for every moment in this album. Additionally, they say that “a chain is only as strong as its weakest link,” but there isn’t a weak spot for this exceptional album. Each song has its strong points and plays a unique role in the album; but, for me at least, the choice of any random song always proves to leave me content.

After discovering Roy Woods’s music, I had the chance to see him live at The Intersection downtown last month. The feeling and effervescence of Woods’ album were only amplified during his live performance. From the stage’s booming beats to his trademark smile that transforms the experience, the whole night was bursting with the passion that Roy Woods holds for his music. Whether it’s in concert or his next album, I can’t wait to see what Woods comes up with next.