The Central Trend • May 3, 2018 • https://thecentraltrend.com/42410/fx-student-news-show/sports/girls-varsity-softball-completes-the-season-sweep-of-cedar-springs-9-3/ 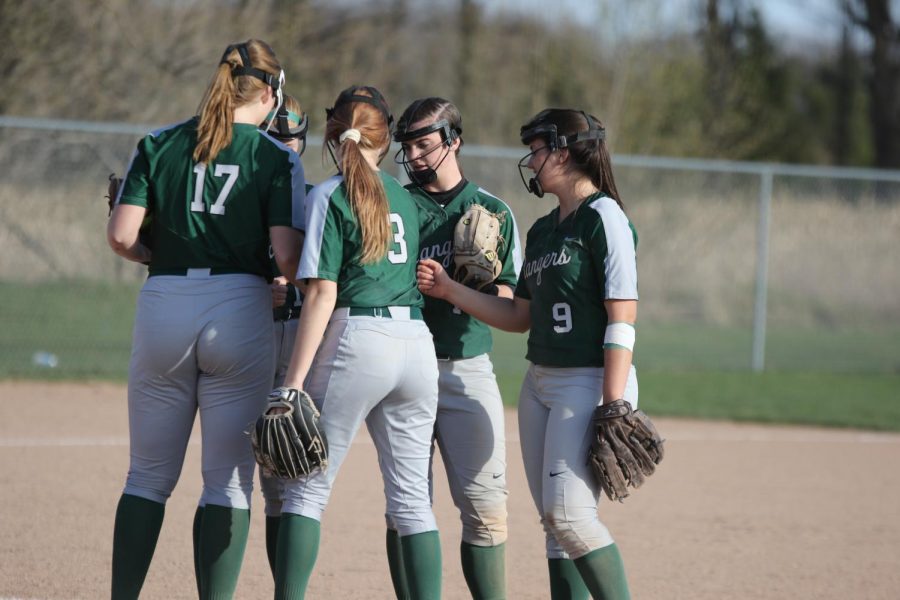 After another quality start from junior Tori MacLeod and 10 hits from the Ranger offense, FHC completed the OK white conference sweep of the Cedar Springs Red Hawks. Juniors Valerie Nuffer, Molly Donovan, and Hailey Enbody led the offensive surge for the Rangers, each picking up two hits.

Maizey Szczepanek wasted no time in the bottom of the second, driving in three runs with a huge two-out double. After the 4-0 lead was established, it already was difficult for Cedar to have any momentum swing in their favor.

Junior Alex VanElls reached on a fielder’s choice in the top of the sixth, followed by junior Jackie McLaughlin getting hit by a pitch. Tori then singled driving in one, and Molly came up with a two-out two-run double to put Cedar away for good.

Valerie has been a constant threat throughout the year in the leadoff spot and is on track to hit just over .500. Her speed has also made her useful in the outfield and on the basepaths. Molly also added a pair of stolen bags last night.

The Rangers now look on to play FHE on Friday on the road and play Ottawa Hills next week in OK white conference play.