The Central Trend • May 7, 2018 • https://thecentraltrend.com/42607/fx-student-news-show/sports/varsity-softball-rolls-through-fhe-twice-friday-night/ 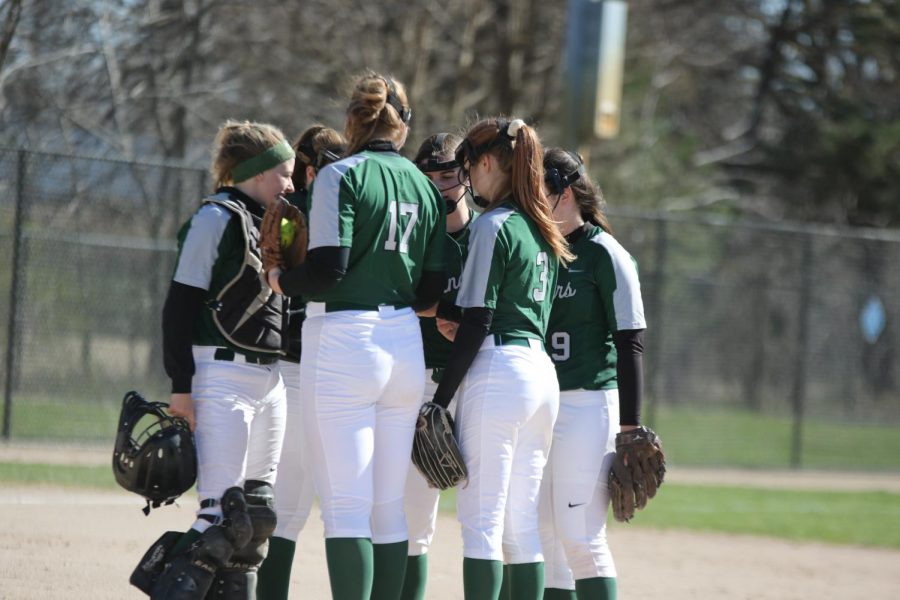 Varsity softball swept the doubleheader on Friday at Forest Hills Eastern with final scores of 19-4 and 18-3. The offense was firing on all cylinders, and the pitching was dominant all night. The entire top of the lineup, including Senior Hannah Miller, juniors Molly Donovan, Valerie Nuffer, Alex VanElls, and sophomore Maizey Szczepanek all had multiple hits to push FHC into a mercy.

Game one started with Valerie and Maizey picking up back to back doubles to give FHC a 1-0 lead. Junior Hailey Enbody then walked, allowing Molly to drive in a pair with a two-out double. FHE struck back for two of their own in the bottom of the first off of a two-run shot over the centerfield wall.

FHC was relentless despite the minor comeback from the Hawk offense and put up nine in the top of the second. Valerie again led off with a double, and the Rangers followed with a couple hits, but five walks in the inning. These costly pitching mistakes gauged FHE’s chances, and put FHC up 13-2 heading into the third.

Hannah provided another sound outing in the circle after three innings with one earned run and three strikeouts in three innings.

Game two was more of the same from the offense, but FHE had numerous breakdowns on defense. Despite the Rangers only having 9 hits, they still managed to put up 18 runs. The Hawks committed 4 errors and gave away 6 walks.

A new face stepped foot in the circle as Maizey, who is usually behind the plate, pitched for the first time this year. After giving up three in the first, she came back for two strong innings in the second and third.

After only scoring 2 in the first, FHC struck for 5 in the second and 11 in the third. Alex had four RBIs in the second game alone. Hannah also picked up three.

The Rangers look ahead to Ottawa Hills this week for the second to last week of conference play before facing Lowell next week. They also have Muskegon Mona Shores on Thursday.