The Central Trend • May 8, 2018 • https://thecentraltrend.com/42693/fx-student-news-show/sports/varsity-softball-picks-up-two-more-conference-wins-against-ottawa-hills/ 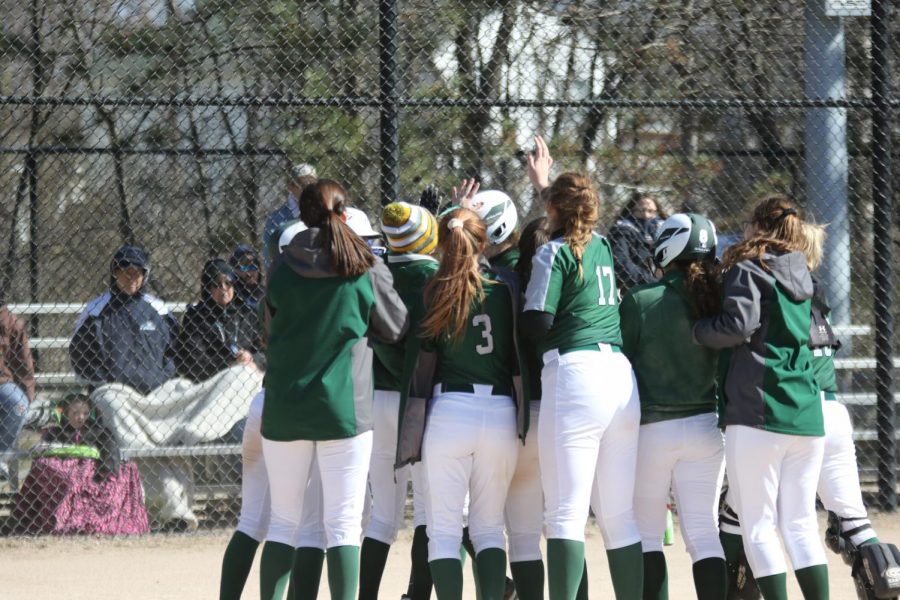 With Ottawa Hills having to forfeit both games beforehand due to a lack of players, it made for a quick night for FHC softball. The Rangers had to have two of their players play for the Bengals throughout the night. FHC took the first game 27-0, and the second game 12-2.

Every Ranger had a hit except for one in the first game, with everyone picking up at least one RBI. It only took two innings of offense for FHC to put up their 27 runs. Hannah Miller threw a two-hit shutout with 8 strikeouts in just three innings of work.

Game two provided a shocking look for the Ranger offense, as their own junior Tori MacLeod took the circle for Ottawa Hills. FHC still managed to scrape together 12 runs, and mercy the Bengals in just three innings. Junior Molly Donovan scored for the Bengals as well.

FHC now moves on to play Ottawa again on Wednesday, and Muskegon Mona Shores on Thursday.