The Central Trend • May 11, 2018 • https://thecentraltrend.com/42872/fx-student-news-show/sports/varsity-softball-splits-in-a-non-conference-doubleheader-with-mona-shores/

Varsity softball splits in a non-conference doubleheader with Mona Shores 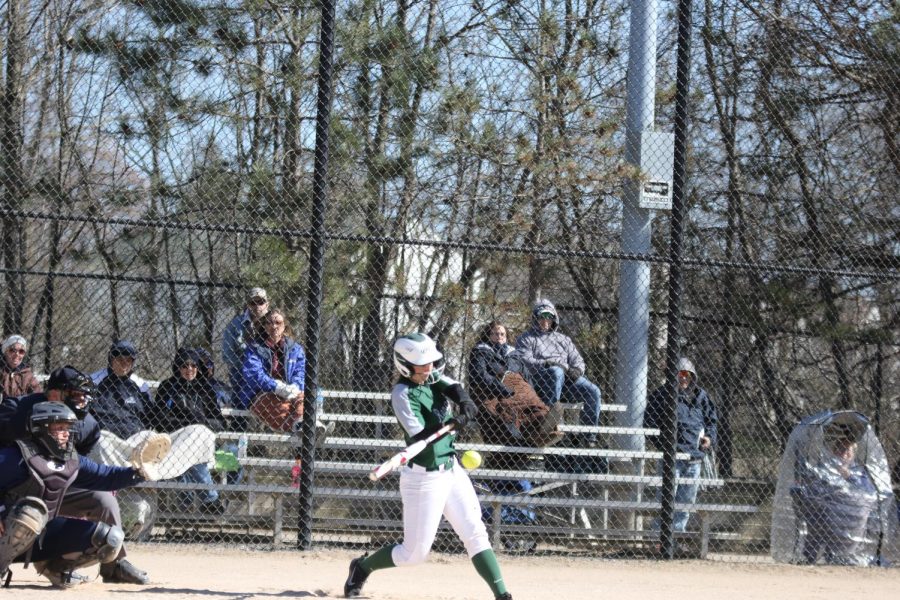 Varsity softball improved their record to 14-7 (9-3) on the season after splitting a doubleheader with the Sailors of Mona Shores. In the first game, it was all FHC, with the Rangers coming out on top 20-5. Senior Hannah Miller threw four sound innings to keep FHC in mercy rule territory. In the second game, FHC held a 5-1 lead going into the top of the seventh but gave up 8 runs late to fall 9-5.

Junior Molly Donovan was the offensive spark in the first game, going 3-4 with 4 RBIs and a grand slam. Junior Hailey Enbody and Zoey Guikema also had major contributions as they each picked up three hits. The Rangers tallied up 16 totals hits. Hailey and junior Emma Davis also went yard as it became a power surge throughout the first game.

Hannah gave up 5 runs, but only 2 of them were earned in four innings of work. Junior Tori MacLeod came in to slam the door with an inning of work in the fifth. FHC scored 10 in the top of the fifth to finalize a mercy rule.

The second game started off in a similar fashion as the Rangers scored 4 in the bottom of the second. One more in the bottom of the fourth off of Emma’s second homer of the night gave FHC a comfortable 5-0 lead. Mona’s third hitter in the order when yard in the top of the sixth to pull the Sailors back within four.

After the FHC offense went quiet late in the game, Mona took advantage of the opportunity. A Sailor grand slam broke a tie and put them up 9-5. The Ranger offense couldn’t come back in the bottom half, and they dropped the second outing of the doubleheader.

FHC now moves on to play Lowell next week who is undefeated in the conference. It will be a huge test to give them a sense of where they are for the upcoming round of the MHSAA state playoffs.