The Central Trend • May 14, 2018 • https://thecentraltrend.com/42917/opinion/editorials/complicated-compliments-the-art-of-giving-and-receiving-kind-words/

Complicated compliments: the art of giving and receiving kind words 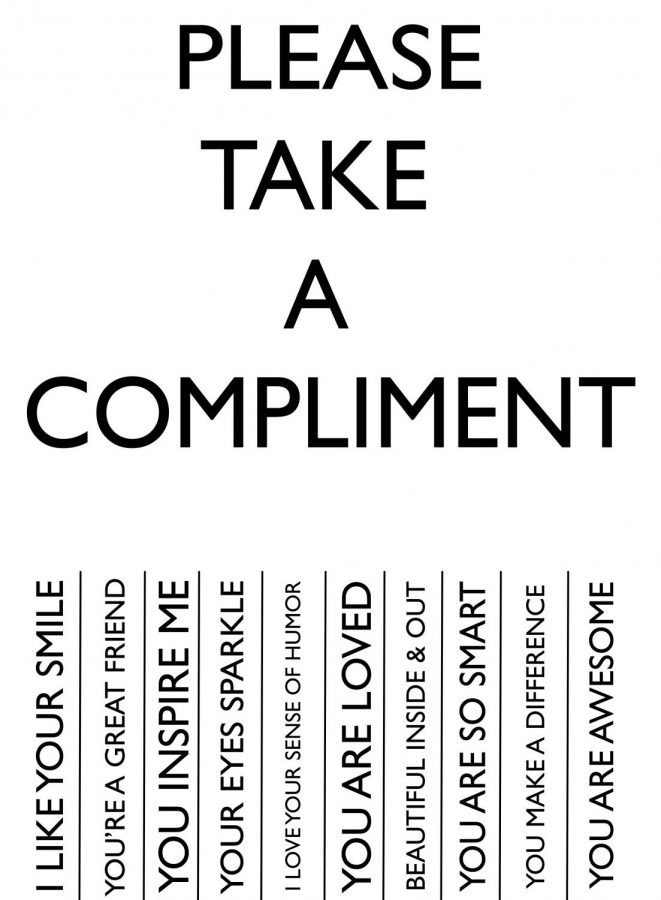 I’m lucky enough to have so many people in my life that compliment me on just about anything: a funky outfit that I was scared to wear at school, a different hairstyle, my writing, a sticker on my water bottle… the list goes on and on. I have never been the best at graciously accepting the compliments; I usually just uneasily say “thanks” or even shut down what they said as wrong, which makes the whole situation unnecessarily awkward.

When accepting a compliment, you shouldn’t be embarrassed about it. It might have been hard for the other person to speak up about something they like about your outfit or schoolwork, so take that into account. To graciously accept a compliment, simply say “thank you.” No more, no less. You aren’t obligated to return the compliment just because they said one first. But, be sure to look them in the eyes instead of sheepishly looking at the floor so you come across as genuine as possible, even if you’re feeling extremely uncomfortable.

Also, it’s important that you don’t dispute it– rejecting a compliment is like throwing a full plate of food into the trash. You can come across as rude or ungrateful by declining whatever the other person said, and not to mention, it’s kind of insulting to the other person. This is a big thing that I– and I’m sure many others– am still learning how to do. Allow yourself to feel proud without bashing the other person and yourself. But, on the other hand, don’t make a huge fuss about it. Graciously accepting is one thing, but agreeing is another. Going on and on about what was said can make you seem vain. Find a good balance, which can only be done with practice.

Now for the other side of complicated compliments: giving the kind words. Complimenting someone can be as easy as a high-five, fist bump, or pat on the back– but finding the right opportunity can be a bit difficult. Being spontaneous is a great way to give a compliment. They should come naturally without any other motive; if you pass a friend in the hall who you noticed has new glasses, quickly say “I love your new glasses!” with a smile. It will make them feel more confident about the new change, and I guarantee you will be smiling all the way to your next class. I do this almost every day, and it makes me feel a bit happier going to a not-so-happy class. Say kind words just to say them; don’t always expect a compliment back.

It’s also important to give somewhat of a specific compliment; don’t just tell someone you like their art because it’s not likely to stick. Find a detail that you like about it, maybe it was the vibrant colors that stood out or the detailed drawing. When giving the compliment, make sure you sound sincere because they should be coming from the heart.

With technology being so present in our lives, we’re a little out of practice with the art of verbally giving and receiving compliments. A nice comment on a photo takes the awkwardness out of an in-person compliment, but they definitely aren’t as genuine.

Oscar Wilde once said, “It is a great mistake for men to give up paying compliments, for when they give up saying what is charming, they give up thinking what is charming.” So, don’t withhold the praise you think other people deserve. I definitely need to work on giving and receiving compliments, but the more you do something, the better you’ll be. Kind words should not be used so sparingly; they cost absolutely nothing, and a heartfelt compliment can do wonders for someone having a bad day.