The Central Trend • May 20, 2018 • https://thecentraltrend.com/43073/opinion/reviews/francis-trouble-offers-nostalgia-ridden-guitar-riffs-and-irresistible-hooks/ 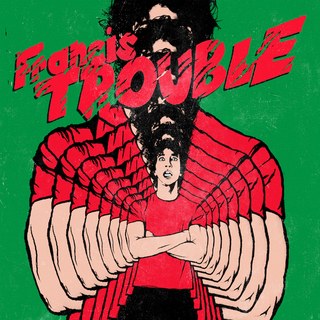 Albert Hammond Jr. has always been best known for his work as the lead guitarist for The Strokes — arguably one of the most influential rock bands of the early 2000s. As the group has slowly been distanced by time, the rift between Hammond and the rest of the band has become more apparent. Although he’s released five solo albums, his newest album, Francis Trouble, is the first to display a clear separation from The Strokes.

Francis Trouble was inspired by Hammond’s twin brother who died in miscarriage, leading to the creation of his energetic alter ego, Francis. This addition breathes new life into the tried-and-true formula of Hammond’s rhythmic guitar work, turning to slightly more experimental and varying tastes on this project.

The opening track, “DvsL,” starts off the album with a fiery kick, with Hammond yelping out the powerfully catchy chorus. There’s no particularly complex guitar work on this song, but the riffs are catchy, rhythmic, and sure to stick in listeners’ heads. “Set To Attack” channels the low-fidelity garage rock of This Is It – era Strokes but with a slightly softer edge. Hammond’s crispy, punctual playing is present in full over the course of the song, tying his older sound with the new.

“ScreaMER” is a grungy and adolescent addition to the album, with a sound seemingly inspired by 80’s British punk. Even the track’s wordplay reeks of youth, depicting Hammond being torn between what he knows is good for him and what he wants. “Far Away Truths” stands out as a highlight of the album, with yet another incredibly catchy chorus of “you’re always the last one to know / we’re finally close when you first walk away / there’s something about how you go / that makes me feel everything you wanna say.”

Even though Hammond enters new territory on Francis Trouble, there’s still the ever-present early 2000s alternative sound that I can’t help but fall in love with. From the irresistibly catchy hooks to the sublime guitar riffs, Hammond creates a vision of nostalgia for anyone who grew up listening to bands such as The Strokes, The Killers, and Weezer. There’s just something about the intonation of Hammond’s voice and how effortlessly he seems to ride along the track that keeps me coming back again and again.