The Central Trend • May 21, 2018 • https://thecentraltrend.com/43139/fx-student-news-show/sports/varsity-softball-picks-up-a-win-on-senior-night/

Varsity softball picks up a win on senior night 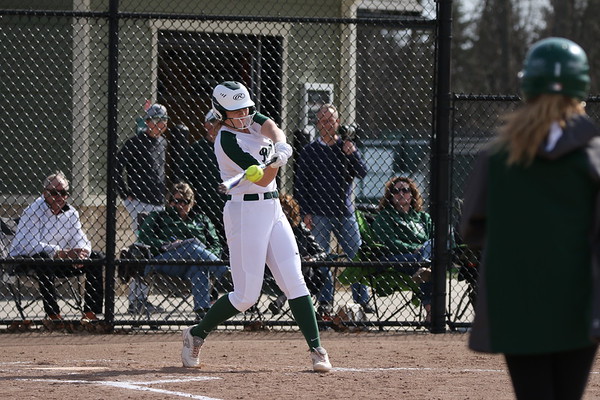 Varsity softball picked up a win on senior night over the Wolves of Wyoming, sending their one and only senior, Hannah Miller, off with a bang 5-1. After three scoreless innings of work on the mound, it was the right way to end Hannah’s career at home.

The first three innings showed signs of a pitching duel. Things finally got rolling for the Ranger offense when junior Lauren Mittlestadt singled, followed by a Valerie Nuffer single to put FHC up 1-0.

After a quiet fourth inning, FHC put on three more runs in the fifth with a double from junior Tori MacLeod. FHC would get one more in the sixth from junior Zoey Guikema’s single and trip around the bags.

Tori threw the first three innings of the night, with Hannah coming in to close the door. Tori went four strong, giving up one run on three hits, along with one strikeout.

FHC continues to gear up for the first round of the playoffs in the district game coming up in two weeks. The Rangers will play the Kenowa Hills Knights this week.