Sometimes being a feminist sucks 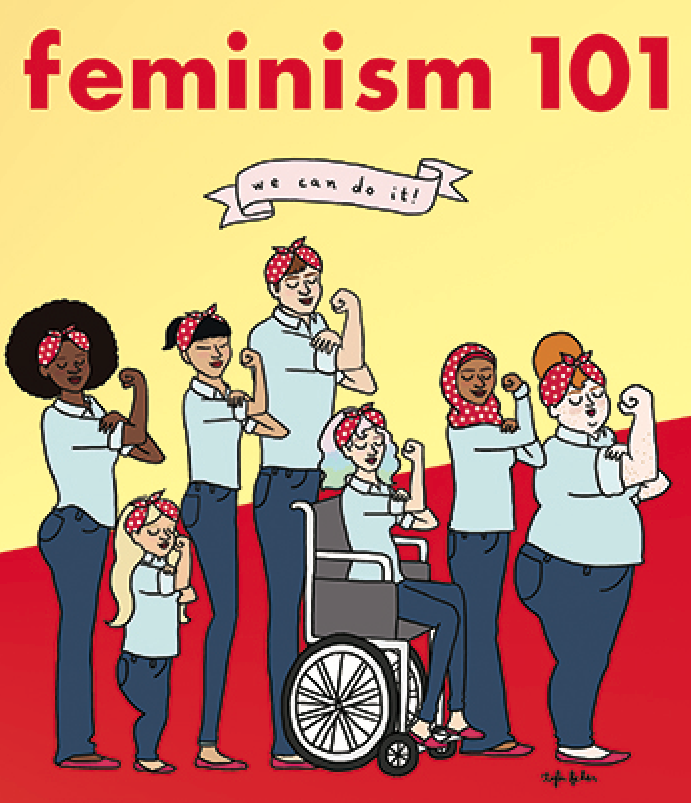 Normally I take pride in referring to myself as a feminist, but certain situations within and outside of the “feminist community” make it hard for me to stick with the cause.

Most often people misinterpret the goal of feminism because the word “feminine” is in it. They think we’re only interested in uplifting women even though feminism, by definition, is the belief that men and women should have equal rights and opportunities. Feminists don’t see themselves as superior; they simply see themselves as people trying to level the playing field.

Feminism challenges the notion of “womanhood” rather than celebrating it. While women do enjoy the luxury of being left out of military drafts, being able to open up about feelings and emotions, and other things, we also experience higher risks of sexual abuse, economic or political disadvantage, and the denial of some basic human rights. Feminism doesn’t preach that women are better than men, but rather that women are just as good as men.

Identifying as a feminist is also difficult because people believe we are extremists, when in fact, there is only a small group of extreme feminists who happen to speak louder than the rest of the community. Additionally, certain celebrities who claim the title of feminist seem to be unaware of the definition of feminism.

Quite frankly, these celebrities like Lena Dunham and Amy Schumer don’t tend to acknowledge the struggles of other women. They seem disinterested in the rights of women of color and also women of the LGBT+ community; for example, Schumer said in an interview with Ellen DeGeneres that she had gone to a lesbian club and was upset because she didn’t get hit on, as if she would automatically attract women because she is a woman. They seem to ignore the fact that some women experience more struggles than others, as if no woman could have a harder life than them.

This doesn’t go to discourage all celebrity feminists and persuade people to stop looking up to some, because there are plenty of famous feminists that are worthy of being role models, but this does go to discourage celebrity feminists who don’t acknowledge their privileges and advantages. John Legend, Emma Watson, and Lupita Nyong’o are great examples of people who advocate for equality for the right reasons. And yes, in reference to John Legend, people can be male and a feminist.

I also struggle to own up about my feminism because we apparently can’t be feminine since it’s “bad.” This has always confused me because the true feminist view of femininity and masculinity is that the words mean absolutely nothing. There is nothing wrong with liking to wear skirts or your favorite color being pink. The idea that one has to be considered feminine because they wear, like, or act in a certain way is a bit ridiculous. If I choose to wear a floral skirt or pants, it’s because I think I look cute in them, not because I’m trying to assert the fact that I’m feminine.

In short, being a feminist is about fighting for equality between all genders and races. As a feminist, I don’t fight for women to be better than men, I don’t fight for just women I relate to, and I don’t bash people for how they express themselves. I fight because I don’t enjoy being seen as the inferior sex for arbitrary reasons.