The Central Trend • May 23, 2018 • https://thecentraltrend.com/43380/news/popping-the-bubble-17-venezuelan-election-and-santa-fe-shooting/ 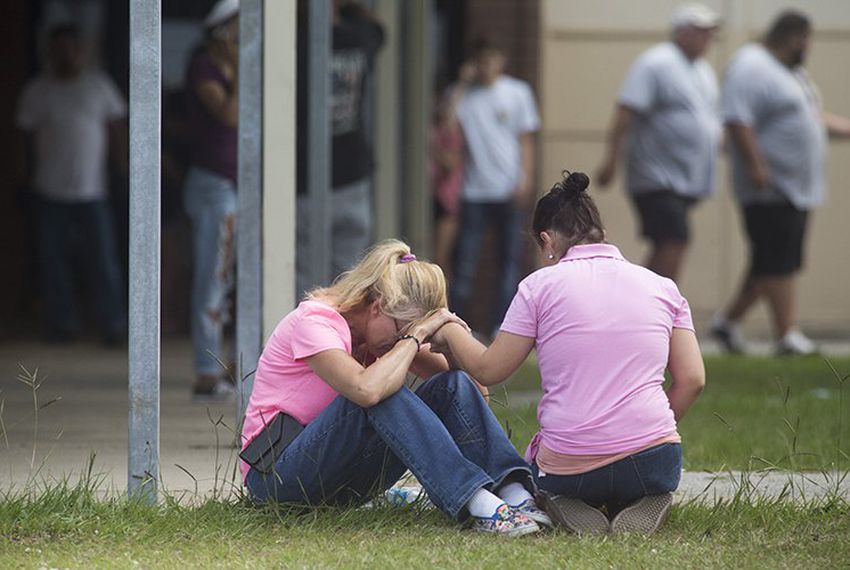 This past weekend, Venezuela held an election that was riddled with illegitimacy

The country continues to suffer when it comes to poverty and malnutrition- especially thanks to skyrocketing food prices- and rising inflation rates. However, “President” Nicolas Maduro refuses to recognizes his country’s growing issues, instead blaming the declining economy on the United States, though most experts would identify the cause of these problems as poor government management and broken policies.

As such, there is much political unrest, but most Venezuelans are too scared of dangerous reprisals to protest. The government has been known to unfairly shut down opposing beliefs and parties, like last year when they unconstitutionally replaced the National Assembly with a puppet Congress comprised of Maduro supporters.

Yet, despite his widespread unpopularity, Maduro was granted another six years in office with last weekend’s election with a 68% popular vote. So how did that happen?

First of all, voter turnout was only 46% (compared to their average 80%) because many of Maduro’s opposers boycotted and the largest opposition party was even prohibited from voting. Moreover, several popular opposition candidates were banned from the election as well; this does not include those who already faced legal repercussions for protesting. Other sources of rigging include the Constitutional Assembly unconstitutionally pulling successful campaigns early, the Maduro party using government funding for campaigning despite that being illegal, a very sound possibility of voters being bribed with food, prizes offered to those who voted for Maduro, and many voting more than once.

Furthermore, many opposers are now coming out, saying they willingly voted for Maduro out of fear of reprisals.

Undoubtedly, this election was far from fair or legitimate. Many countries have voiced their disapproval for the blatant breach of democracy, including the United States. How that opposition continues to affect the weakening economy and country will be interesting to witness.

On Friday morning, a high school in Santa Fe, Texas became the newest establishment to be rocked by the terrors of gun violence.

At about 7:30 AM one of the school’s seventeen-year-old students entered the school armed with weapons concealed under a trench coat. He commenced his attack, shooting at all people- students and teachers- in sight.

After about four minutes, police arrived at the scene. School safety officer John Barnes was the first to confront the perpetrator and was consequently shot in the arm; he remains in critical condition.

Police and the shooter continued to exchange fire for about 25 minutes until the shooter finally surrendered around 8:02. Of the ten victims tragically killed, police believe that none of them- or the injured- were hurt as a result of the police’s gunfire. This is yet to be confirmed by autopsy reports.

Later, law enforcement uncovered explosive devices on and around the school campus. Even more explosives were discovered in the suspect’s vehicle and home.

Governor Greg Abbot stated that the two guns used in the attack were legally owned by the suspect’s father. Abbot also informed the public of the suspect’s incriminating journal entries, in which he expressed his desire to kill others and himself. A picture of a shirt reading, “Born to Kill,” was posted on the suspect’s Facebook page; this was one of the only public warning signs of the teenager’s troubling thoughts and tendencies.

Motive of the attack is still unknown. Those who know him have come out and said they remember the shooter being teased and bullied a lot by peers as well as football coaches. The school district has declared these claims as untrue. The boy’s father even gave a statement, asserting that because of the repeated bullying, his son was, in fact, a victim. Others still have said they noticed the teenager was sad and withdrawn in the past few months.

Regardless of it all, in no way is this murderer a victim. The only victims in this situation are those who were so senselessly injured or killed by this act of violence and evil. Eight students and two teachers, now gone forever at the hands of this seventeen-year-old. To all families affected and hurt by this, our country is with you.