The Central Trend • May 29, 2018 • https://thecentraltrend.com/43417/opinion/columns/fhc-inspires-was-the-perfect-culmination-of-an-amazing-year/

FHC Inspires was the perfect culmination of an amazing year 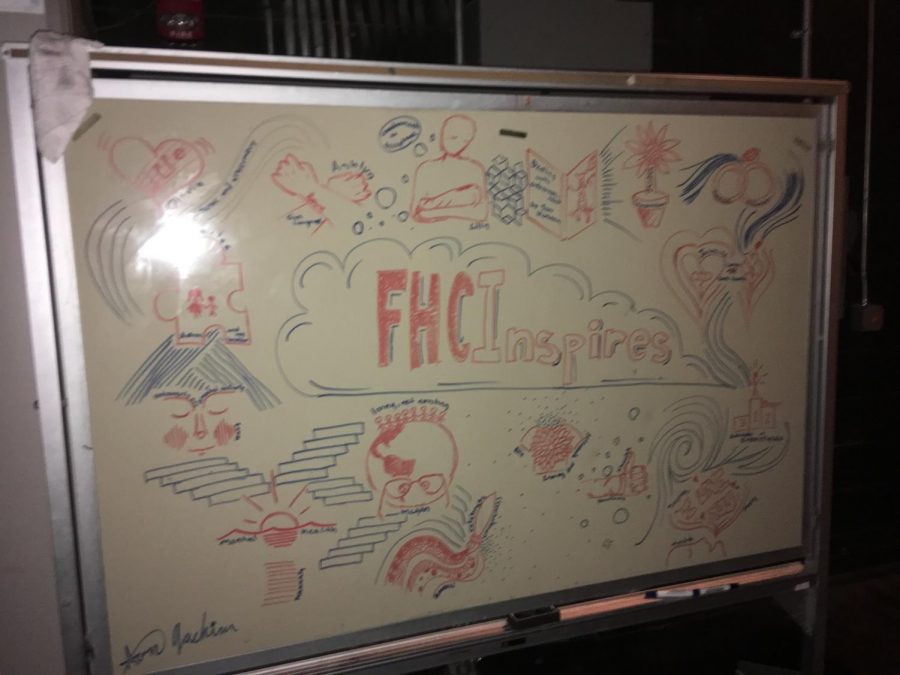 If you went to FHC Inspires, you saw sixteen kids stand on stage and share a piece of themselves with you. You’re so unbelievably lucky to have gotten that small piece of those students. But what you saw? That was only the smallest taste of the teens I have been blessed enough to spend the last year with.

Although the year isn’t over yet, last night, FHC Inspires felt almost like a culmination of the year– and what a year it has been.

I’ve been lucky enough to watch this year as kids I barely knew went from timid presenters to some pretty awesome friends and speakers. The improvements we’ve made this year, thanks to each other’s support and Mr. George’s persistence, are beyond remarkable. I’ve never been so excited to go to a class for both the content and the classmates. And last night, it really hit me just how much I hope we’re all together next year too. I can only imagine the heights we could achieve. 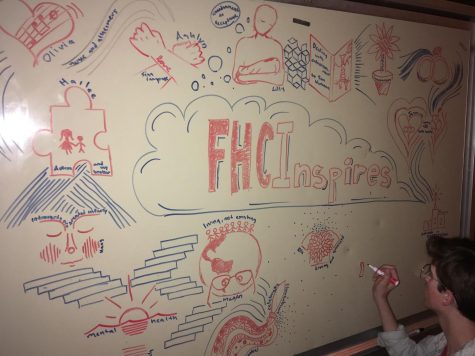 Standing backstage last night surrounded with these kids I’ve learned with, fought against fear with, and grown with, I could do nothing but marvel at this family of friends I had found. These kids that had accepted me for me and pushed me to be a better me all at the same time. In the darkness of the backstage, it was as if I could finally see.

I wish everyone there could have seen it. The rush of kids to the edge of the stage at the end of every performance. To congratulate, to embrace, to wipe away tears. It was… indescribable, that energy rushing through the hush of backstage.

Try as I might, there is simply no possible way for me to express what FHC Inspires symbolized for me and my classmates. So thankfully, there are far more talented people than I who were a part of this and able to capture the feeling behind the curtain.

Our favorite artist, Aaron Jachim, was working backstage during the talks and, with a little nudging from Assistant Student Director Kaylyn Whitten, turned a whiteboard into a collage of emotions.

The picture above (and the featured image) are pictures of Aaron’s work. He took little bits of each of our talks and weaved them into one beautiful, united image. A perfect representation of the transformation we underwent this year.