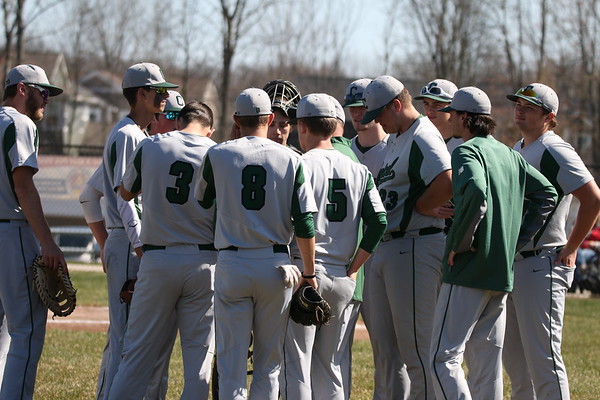 The varsity baseball team took on Portage Northern last night for a high-scoring non conference game. The Huskies came out hot from the start and FHC couldn’t take the lead back, as the Rangers fell 11-8.

Portage Northern was able to put 4 runs up in the top of the first, to which FHC could only respond with 1. 16 hits for the Huskies, compared to the Rangers’ 12, allowed them to come out on top in this slug fest.

Seniors Michael Peliotis, Miko Rodriguez, and Jake Heilman all racked up multiple hits for FHC. Michael led the team by going 3-4 and earning 3 RBIs, as well as blasting one for a solo homer in the sixth.

The Huskies were able to barrel up anything the Ranger pitching staff threw, as they faced two starting pitchers and earned 8 hits on each. The Portage Northern lineup was deadly once on base, racking up a total of 9 steals to be caught only once. All 11 of their runs were earned, as FHC only committed 1 error on the night.

The Rangers move to 19-7 on the year and have earned second place in the OK White conference, due to two 1-run losses to Northview, the outright champion, earlier in the season.