The Central Trend • May 27, 2018 • https://thecentraltrend.com/43426/fx-student-news-show/sports/varsity-baseball-picks-up-two-wins-in-jimmy-gerken-tournament/ 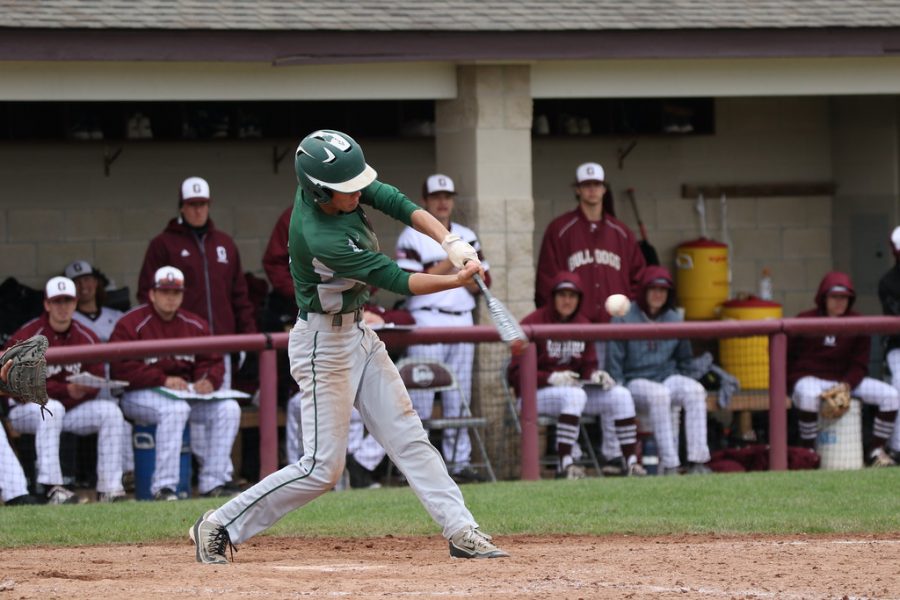 Two wins in a tournament yesterday moves FHC varsity baseball’s record to 21-7 on the season headed into playoffs.

In the first game against Mount Pleasant, FHC came out hot early to score 4 runs in the first. The Rangers tallied 16 hits, with senior Matt Candela and Jake Heilman, along with junior Adam Tellier, all earning 3 hits. Adam also led the team in RBIs with 3.

Senior Johnny Irish and junior Jacob Hornbeck combined their efforts on the mound for the shutout, with Johnny getting the win. Together, they allowed only 4 hits, 1 walk, and earned 8 strikeouts.

Game two was much closer against Lowell, whom FHC swept earlier in the season. The Red Arrows came out hot to put 5 on the Rangers early. FHC responded in the third to knot it at 5, before finally taking the lead in the bottom of the fifth to secure the win. FHC had 10 hits to Lowell’s 7, and each team had an error.

Jake and Adam again led the team with two hits each, and Adam led the team in stolen bases. Jake and junior Carl Meilock led the team in RBIs with 2 each. Junior Cole Coughlin started on the mound for FHC, followed by a new face in the pitching staff senior Miko Rodriguez out of the bullpen. Together they allowed 7 hits and 6 earned runs, along with 6 strikeouts.

The Rangers have a tough draw for the first round of districts and will host East Grand Rapids on Tuesday. The winning team will go on to play on Saturday, while the losing team’s season will be over.