The Central Trend • May 30, 2018 • https://thecentraltrend.com/43539/fx-student-news-show/sports/varsity-baseball-has-seventh-inning-comeback-win-over-egr/ 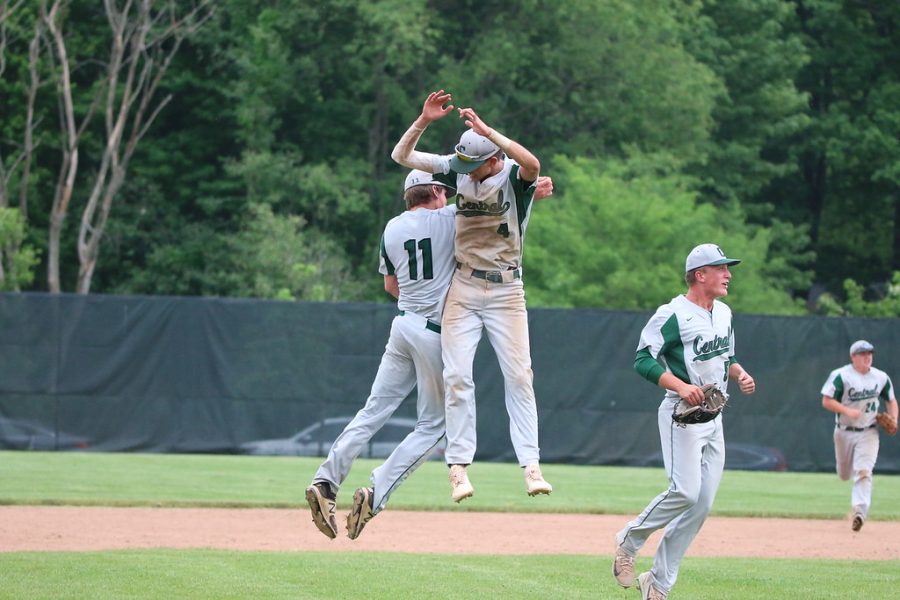 The varsity baseball team opened up district play on Senior Night against East Grand Rapids last night. Two stellar defensive performances from the rivals resulted in a low-scoring game, but the Rangers were able to make a seventh inning comeback to win 3-2.

Both teams threatened the plate multiple times, but the game was scoreless through the fifth. The Pioneer bats came alive in the bottom of the sixth with two doubles and a triple to score 2 runs. The Rangers had an uphill battle going into the top of the seventh, down 2 with a tight defense playing well in front of them.

After two quick outs, junior Adam Tellier walked to keep the offense alive. Senior Michael Peliotis then came through with a double to score Adam, followed by a senior Miko Rodriguez single to score Michael. Senior Jake Heilman then doubled to drive in the go-ahead run.

Senior Johnny Irish took the mound in the bottom of the seventh to get three quick outs and secure the victory. Senior Nate Doolittle went six innings strong from the mound to strike out 8 and walk 1, while giving up 8 hits. The Ranger defense played errorless behind the pitching staff.

This comeback win gives the Rangers huge momentum going into another district game against East Kentwood on Saturday. FHC has entered win or go home play and look to go far in the state tournament.