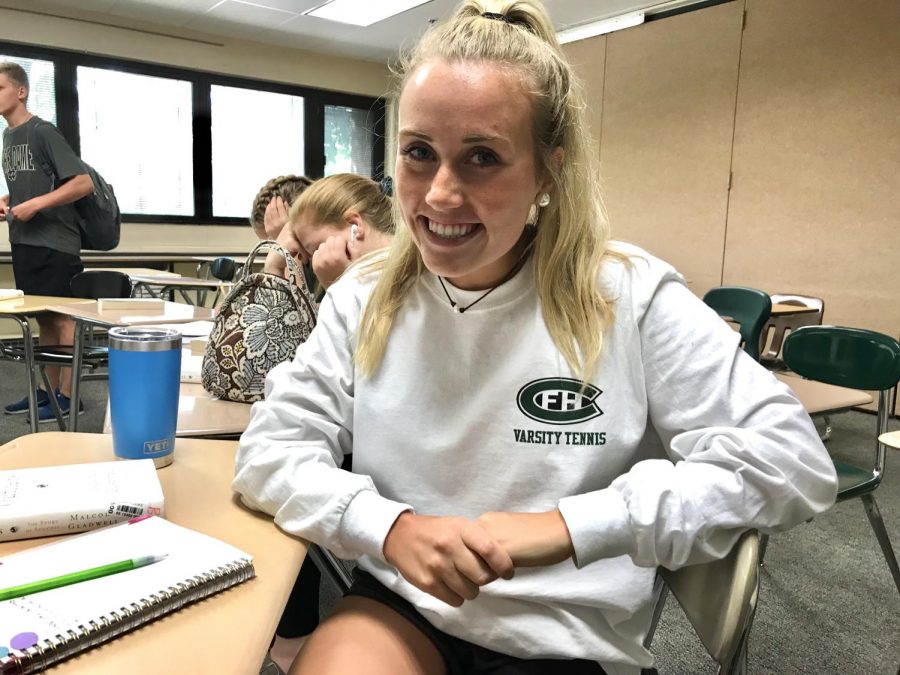 “I made varsity [tennis] this year, but I played JV for my freshman and sophomore year. I really like it; it’s my second sport. So it’s kind of just been something that I’ve done for fun, but I’ve taken more interest in it and been playing more, so I was able to make varsity this year. Tennis has always been one of my family sports, so my brothers are really good– I’m kind of the one in the family that sucks, but it’s still fun. So I’ve played since I was really young, but just over the past couple years, I’ve played it more seriously. I really love some of the girls on the team; I’ve grown closer to them, and it’s been really fun. On the tennis team, I’ve really valued some of the friendships I’ve made because the tennis team doesn’t really have any of my relatively close friends, so I’ve become good friends with people I probably wouldn’t have if I weren’t on the tennis team.”