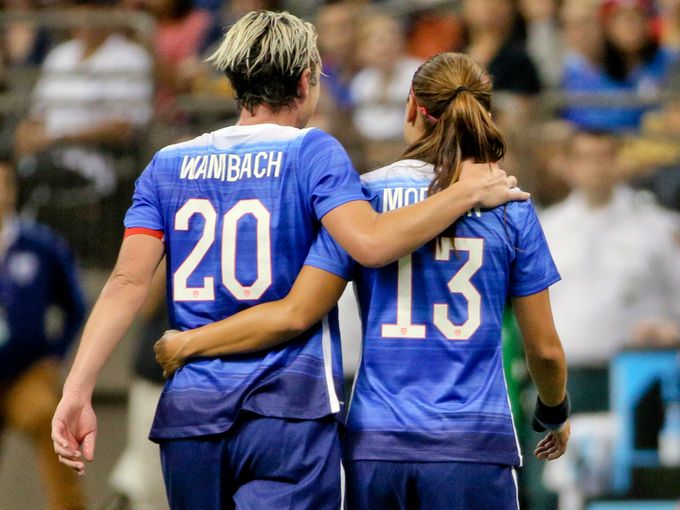 “Forget me.” That was the final message Abby Wambach gave to fans as she stepped off of the field for the last time.  Wambach is thought to be the one one of the best, if not the best, female soccer players ever. She has 184 career goals in international play, more than any other player, female or male. And 77 of those goals she scored with her head. She’s played in 252 international matches. These statistics have given her the nickname G.O.A.T, which stands for Greatest Of All Time. Forgetting her is impossible; nonetheless, that’s what she wants.

Most celebrities or people in general strive to do something with their life that will make people remember them. Augustus Waters in The Fault in Our Stars says “Everyone is obsessed with leaving a mark upon the world. Bequeathing a legacy. Outlasting death. We all want to be remembered. I do, too. That’s what bothers me most, is being another unremembered casualty in the ancient and inglorious war against disease. I want to leave a mark.” People strive to be remembered. Abby Wambach, however, doesn’t. Augustus said that everyone wanted to create a legacy or something people can remember them by; and although Wambach has wholeheartedly left her mark on soccer, women, and the entire world, she’d rather be forgotten.

The 60-second video that Gatorade and Wambach made in honor of her retirement is original and powerful and pure Abby. The message, in her words: “Forget me.”

Why? Because it cements the sentiment the 35-year-old has said for years: Wambach wants younger players such as Alex Morgan to break her records, carry the torch and make women’s soccer even better and more popular, so fans aren’t talking about her in the years to come.

I’d like to think if I were in her shoes I could do the same thing, but I know I couldn’t. The legacy she has built will never fade, but she has the courage to ask. Ask people to beat her records and do better than her so that the game of soccer and women’s sports will grow. In 2012 she said “my goal every game is to assist Alex so she can beat my record.” No other professional athlete has ever wanted to help somebody broke their own record. Kareem Abdul Jabbar doesn’t want to help Kobe Bryant beat his all time points leader record. She’s willing to have everyone forget her if that means women’s soccer will continue to grow. That is her legacy.

At the end of the Gatorade commercial a voiceover says “Forget me. Forget my number. Forget my name. Forget I ever existed. Forget the medals won, the records broken and the sacrifices made. I want to leave a legacy where the ball keeps rolling forward, where the next generation accomplishes things so great that I am no longer remembered. So forget me, because the day I’m forgotten is the day we will succeed.”