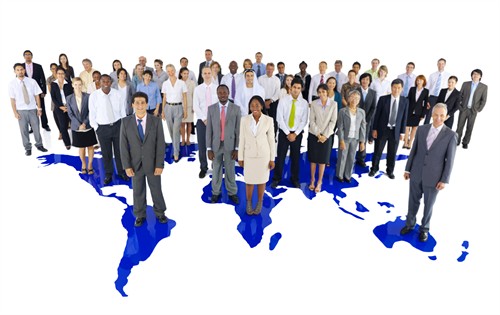 Human beings have existed for 250 thousand years. During that time, 90 billion individuals have lived and died. You’re one of 7 billion people now on the planet, and 99.9 percent of your genes are the same as everyone else’s. The difference is in the remaining .1 percent. One nucleotide base in every 1000. Genetically speaking, we are not that different from the Beyonce’s of the world. However, in a generation so warped and caught up in the terms of “popularity,” we have come to believe that we are so much different from the celebrities on the magazine covers.

We, as a race, have widened this social and economic gap… it is not so much of DNA that makes us feel so far apart from the people we look up to, but a gap that is man-made. We look at the people on TV and automatically create a barrier in our mind… we have been programmed to believe that we will never become what they did. We, as humans, so strongly believe that there is some sense of  magic within them, some secret fairy dust sprinkled between their bones, that we just simply weren’t born with. Well… I’m here to tell you that it is all a lie. We are all humans… we laugh, we cry, and we bleed. We fall down, we make mistakes, and we look back at us in our lowest moments and simultaneously laugh and cringe at how stupid we were. However, we see our favorite celebrities on TV and in magazines and we come to believe they are a part of a separate race than us… that somehow, they are a supernatural form of a human. We have began to accept a false reality and believe that we will never be able to become as successful Justin Bieber or Selena Gomez.

So, how do we rise about the term “popularity” and to avoid falling victim to stereotypes and assumptions? We have to become strong enough to realize that the gap between celebrities and the average person is completely man-made; in reality, there is nothing, at least scientifically, that says we all can’t become as successful as the people we see on TV and in magazines. There is absolutely nothing stopping anyone of us from being as fortunate as our favorite celebrities. Our biggest obstacles are the boundaries that society has manifested and ultimately ourselves. We doubt our capabilities and begin maintaining the mindset that we will never amount to more than what society has told us we can be. We examine these preconceived notions that the world around us has made and end up deciding that we will ultimately amount to nothing more than what society tells us we can be. We end up self-handicapping and trying to put as much distance as possible between ourselves and possible failures. As a generation, ourselves and society end up being the monsters under the bed; we end up running away from any possibility to be more than what we perceived, we end up settling for the comfort of a middle-class lifestyle because we are too afraid to image what it would be like to achieve the success of those in the magazines. We are scared and this terror that we feel limits us and the possibility for a successful life.

There is only .1 percent that makes us different from the people we see on TV riding around in their Bentleys and strolling around on their multi-million dollar estates. So… how about you take that .1 percent and milk it for all it’s worth, because there is something spectacular in that .1 percent. Why wouldn’t you take that .1 percent, an empty canvas, and turn it into something beautiful? There is something inside us all… something inside of us that allows us to be successful. It is up to us, as a generation, to knock down society’s constraints and to realize that we are not all that different from our favorite celebrities…. in fact, 99.9 percent of your genes are the same as the Beyonce’s and Barack Obama’s of the world.