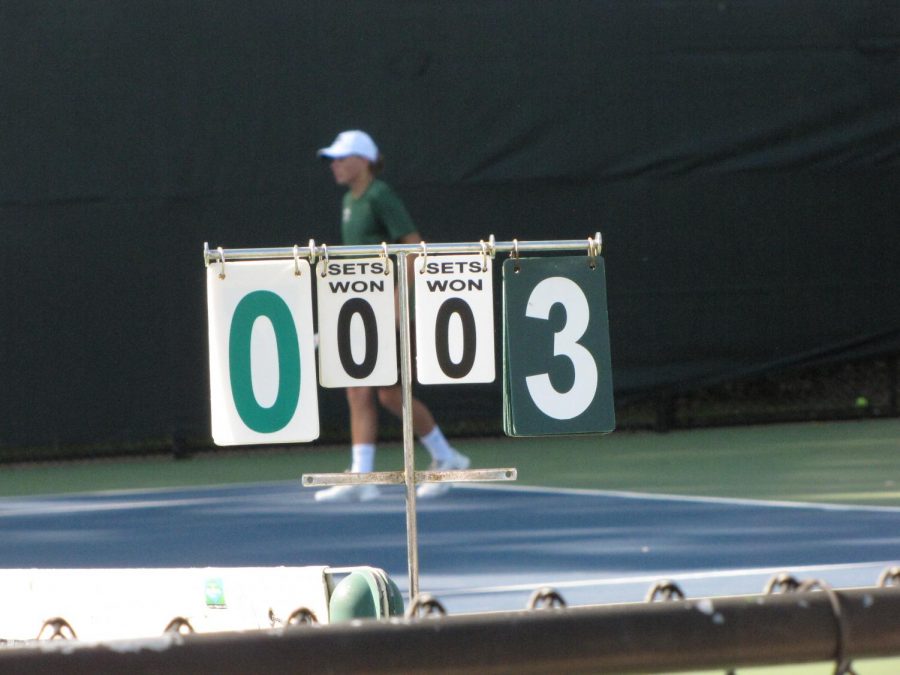 After placing fourth in the Rockford JV Invite, the Ranger boys JV tennis team needed to respond with a strong team effort. FHC was able to do just that against a very good Northview Wildcat team, beating them 6-4 with a strong performance from their young stars. Big wins came from the freshman duos of  Florenc Lowewn and Nick Walls along with Hezekiah Lane and Alex Schnek, with both pairs providing big-time momentum swings for FHC.

“A lot of the guys who haven’t had a lot of tennis are playing excellent right now,” said Head coach Jeremy Moog about his younger players. “They have really developed and gained some of the fundamental strokes that we are trying to teach them.”

Even with the big wins from the four freshmen, the older players showed their experience by stepping up as well. Sophomore Sam Cooper along with freshman Tommy Laidlaw got a big win during the first round of games 8-3, which was the largest winning margin for the Rangers.

The freshmen seem to be buying into what the coaching staff is preaching to them, and it shows out on the courts as five out of six wins came from all-freshman teams.

“We are trying our best to teach them to keep the ball away from the player at the other net,” Moog said. “ We are getting better at that, but there are still opportunities to improve.”

This is a great momentum boost for the team heading into a big-time showdown against cross-town rival Forest Hills Eastern, where they will likely be tested again. FHC has begun to become very cohesive as a team, and it is really starting to show out on the court.

Despite the big win on the road, Moog says that consistency will play a big factor in this matchup with the Hawks.

“It’s all about consistency, “ Moog said. “It’s just applying what we learn and repeating what we do over and over again.“