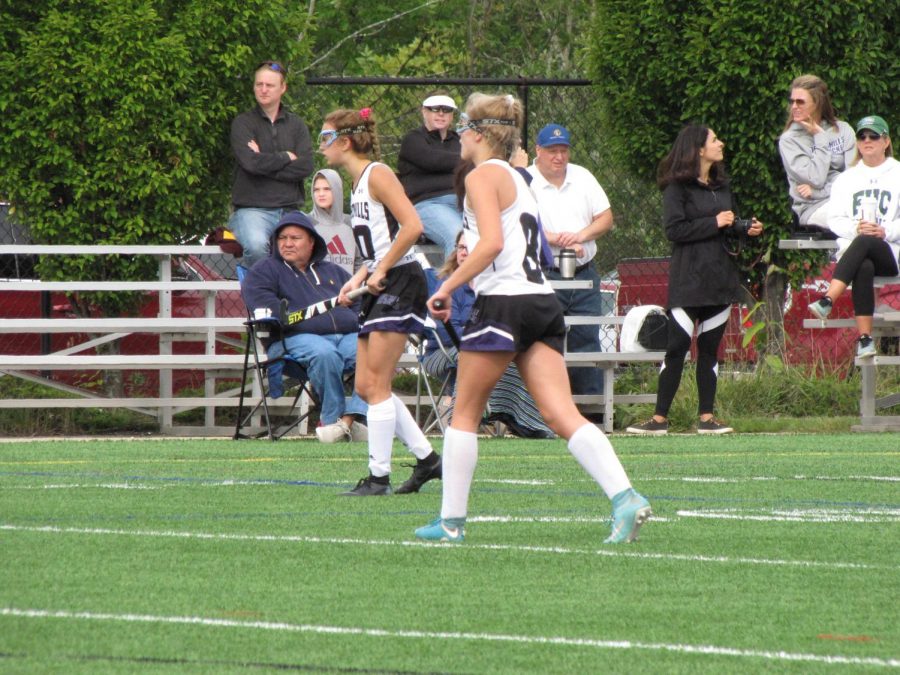 Last night, the FH girls varsity field hockey team lost to Pioneer high school on Forest Hills’ home turf with a final score of 6-0. Beating the teams from Ann Arbor was one of the team’s big goals, as the east-side teams are some of the most difficult opponents in Division 1. Looking ahead FH should have another chance to redeem themselves, as these teams have a possibility of meeting each other during championship play.

Although Forest Hills lost, there were some notable performances by FHC seniors Madison Bruno and Madisyn Bunke. The two moved the ball frequently up the field to put it into scoring position and FH took a respective 5 shots on goal during the game. The Pioneer defense capitalized on the missed shots and passed it up to its offense to score a total of 6 goals along with taking an impressive 18 shots on goal.

Forest Hills’ loss will give them a new record of 5-3. This loss hasn’t affected the road to States for FH, as they are still looking sharp enough to pull off some more wins. The team will have its chance to redeem itself in the next game against Skyline High School on Saturday, September 15, where Forest Hills will have the home-field advantage.