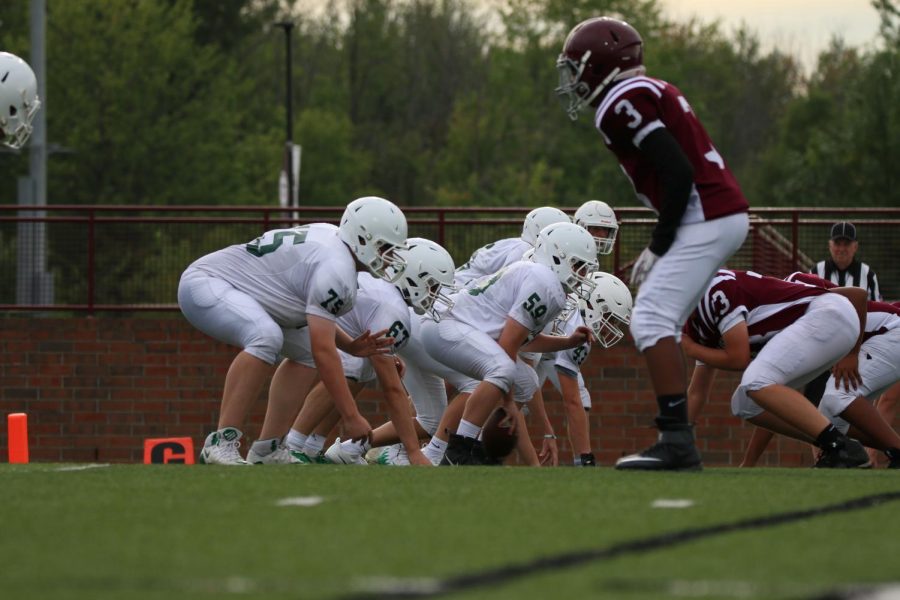 The freshman football team entered its week four showdown with rival Forest Hills Northern on the heels of its first loss of the season to the Grandville Bulldogs. The Rangers were able to shake off a slow start and dominate the second half in a 28-14 win over the Huskies.

The Rangers had a nightmare start to the game, as freshman quarterback Hunter Robinson threw an interception, and 40 yards later the Huskies had a 6-0 advantage. After a touchdown run by freshman Arash Kordbacheh, the Huskies answered with another of their own to lead 14-7 with two minutes remaining in the half. From there, it was all Rangers. On the ensuing kickoff, speedy freshman Jacob Bonnett escaped a pair of tackles and ran over a couple of FHN players on his way to the end zone for a touchdown to tie the game at 14 at the half. The touchdown from Jacob really got the team fired up and swung the momentum over to the Rangers.

The second half was dominated on both sides by the Rangers. On their first possession of the half, Jacob scored his second touchdown of the night on a beautifully thrown ball 25 yards out from Hunter. On the defensive side of the ball, freshman linebackers Tate Greer and Ivan Wheland made countless plays and helped the defense overcome their first-half shortcomings. With Tate and Ivan, as well as the defensive line stuffing the run, the Huskies were forced to throw – with minimal success – into the secondary of Jacob and freshmen Mac Boike and Benny Scholler.

The Rangers improve to 3-1 with the win and more importantly, 1-0 in OK White conference play. They will be back in action next Thursday, when they host the Northview Wildcats.