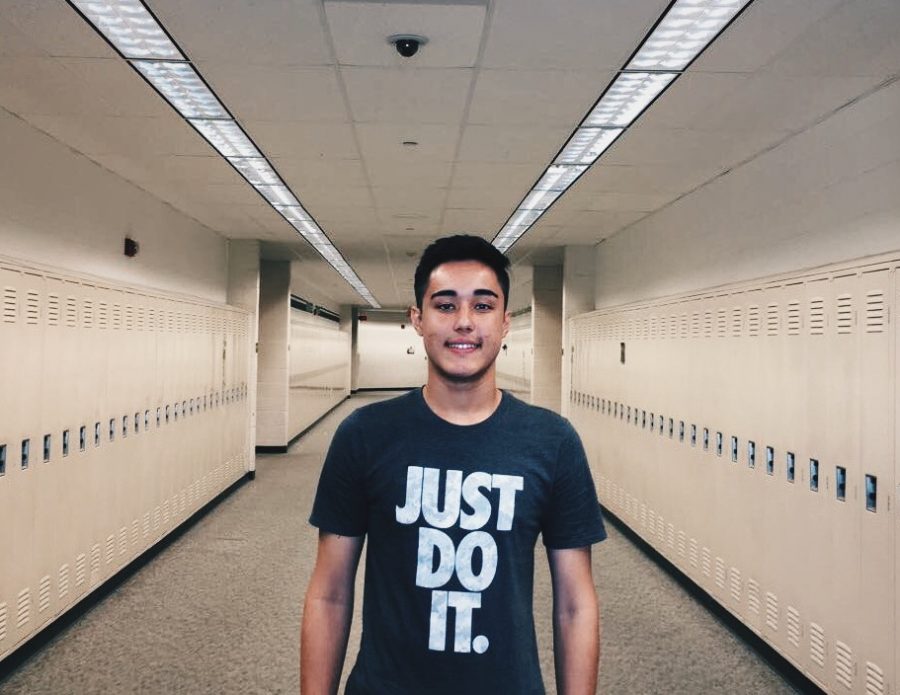 Processed with VSCO with hb2 preset

Between the time it took to fly from here to Brazil- eight hours and 44 minutes- sophomore Lucas Puglia experienced a change that would be life-altering, flipping everything he once considered “home” upside down. Saying goodbye to his friends, house, and Brazilian culture, Lucas made the trek to America.

After planning for over a year, Lucas and his family made the big transition from Brazil to America after his dad’s job brought him to Grand Rapids. Not packing anything up, but rather leaving it for professional packing companies, they moved quickly to join before the school year began, arriving just two short months ago.

Despite the initial challenge of completely adjusting to an entirely new school, atmosphere, and country, Lucas has managed to find the highlights of his move. Although it’s currently only a short list, Lucas has noticed the difference in American schools in both sizes and education. Going from a cramped school of 1400 to Central’s sizable building of only 1300 is one of his current pluses of moving.

While schools are a bonus, Lucas also takes notice of how things are not only cheaper, but there is more to do in every aspect.

Although Brazil and America’s cultures are incomparable in Lucas’s eyes because of how vastly different they are, he is still able to take into account the pros of each of his locations.

Despite his relatively easy move and the exciting new education, the hardest thing Lucas had to deal with when moving away was saying goodbye to the only people he’s ever known.

Despite missing his “Brazilian Barbecues”- as he refers to his friends- Lucas has remained positive about the transition by trying to involve himself in FHC’s extracurriculars.

Although Lucas plays both soccer and football, he is only on the JV football team. Lucas has always loved watching football games and decided it would be enjoyable to try out for. As for soccer, Lucas came to the conclusion that although he loves the sport, playing it here just wouldn’t be the same, as America doesn’t share the “passion for soccer” that Brazil has.

“Soccer– it’s a Brazilian thing,” Lucas said. “You can’t be Brazilian and not like soccer. I used to be a goalkeeper in Brazil, and I think it’s kind of different playing with Brazilians than with Americans. [Americans have] different styles.”

Though he was not able to bring his passion for soccer into light in America, something he made sure not to forget while traveling the 4,490 miles to Michigan was his love for creating music.

What started out as just something he liked to do when he was home alone turned into a full-blown hobby, including writing, composing, and producing all of his own music.

Lucas’s love for music is a deep-rooted passion found in watching his older brother, Pedro, play the guitar. Since then, Lucas picked up drumming while he was young and learned guitar from his older brother. Due to lack of time, Lucas never fully mastered playing either instrument. His passion for the instruments will always be present, but it’s slowly becoming harder and harder to care to. However, after his brother started playing the bass, Lucas once again took after his brother and picked up the instrument. He now plays a total of three, but wouldn’t admit to playing them “all that well.”

With the aid of his guitar, the computer composing software Ableton, and his launchpad, Lucas has created multiple songs in his free time, all written in Portuguese.

“When I began, I was doing a lot of melodies,” Lucas said, “but then I had to stop and focus on school. Nowadays, when I have free time I can work on songs, but it takes a long time.”

Despite his passion for it, Lucas says that it will remain “just a hobby, like sports.”

Although Lucas is uncertain about what his future holds concerning a future major, he is positive he wants it to be in America. While the educational opportunities are one aspect, he is also set on making lifelong friends here, an aspect he values more than his location.