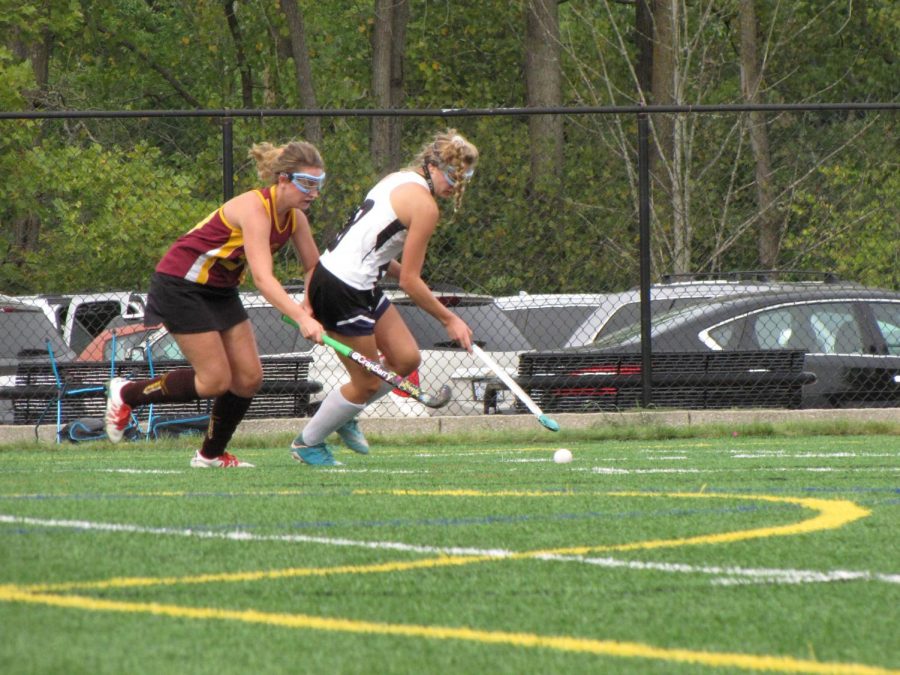 Yesterday, varsity field hockey took their home field against Skyline high school. The game resulted in a tie with the final score being 1-1. FH didn’t take as many shots on goal in this game as they usually do, this time they only took 4 shots, one obviously being successful. However, FH did have one more goalkeeper save than Skyline. FH ended up saving 6 and Skyline with 5.

The notable player of the game was FHC senior Madisyn Bunke with the only goal for FH. It was scored off of a corner, therefore no assist was necessary. Skyline’s goal was scored off an assist from across the field, which made the ball difficult to follow, which allowed the goal.

Forest Hills still has their same record of wins and losses because of the tie: 5 wins, 3 losses, and 1 tie. Their next games are on Saturday, September 22 on the road against Huron High and Chelsea High.