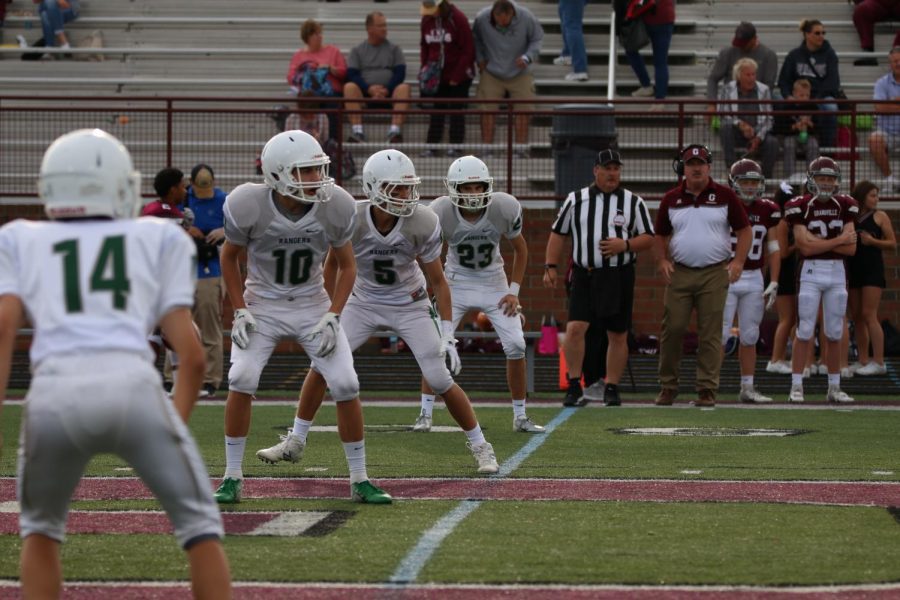 Entering week five, the JV football team comes in with a record of 1-3. This coming week, the Rangers will face the Northview Wildcats. FHC defeated Forest Hills Northern 34-26 to get their first win of the season in a overall strong game last week as they exhibited a strong passing game led by sophomore quarterback Carson Mocherman, who threw for 2 touchdowns and ran for 1.

Northview enters this game with a 2-2 record. They have losses to both Cedar Springs and Jenison. Both teams in this contest lost to the Jenison Wildcats, with the Rangers losing 20-13, and the Wildcats losing 36-27. With the similar scores against common opponents, this game between FHC and Northview should be a good game. The Wildcats run a very similar scheme to the Rangers, both offensively and defensively. The head coach for the Northview JV team is Kevin Banner, the ex-middle school football and current JV basketball coach at FHC, so the team is sure to be plenty motivated playing against such a familiar foe.

The Wildcats have a high-powered offense, having scored at least 28 points in all four of their games so far. FHC sophomore cornerbacks George Cobb, Evan Van Artsen, and Luke Metalic will be looking to protect the football from reaching the hands of the speedy Wildcat receivers.

The Rangers will be looking to pick up from where they left off in the game against FHN. Carson will try to continue putting up good passes to his receivers, especially to his top target, Evan, at wideout. Sophomore running back Sawyer Bosch is also going to attempt to continue his dominance running the ball, as he scored 2 touchdowns down the middle last week.