Random Acts of Talent 2016 Lives Up to its Name 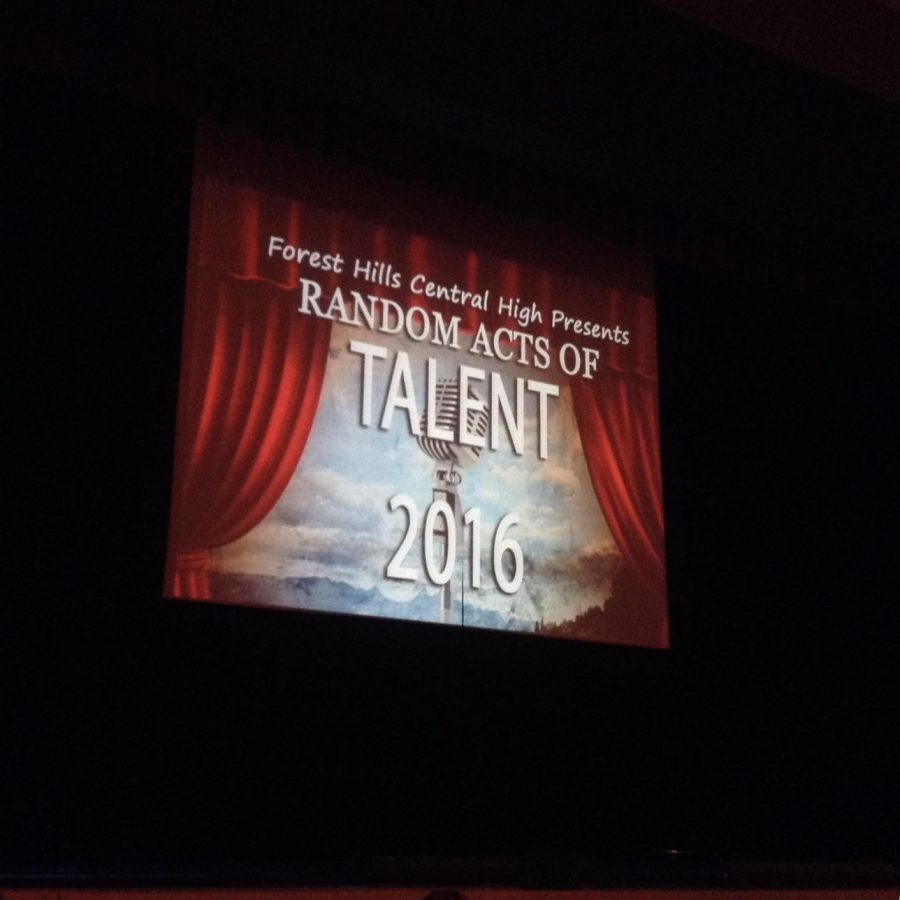 That’s the one word I would use to describe this year’s Random Acts of Talent show. Sure, there’s been a large variety in the past, but this year they really stepped it up a notch. For one, I think there was only two or three singing acts. Everything else was so different, from Avery Ferin’s spoken word poetry, to Straight Out of Central’s hilarious dance act, to the Theater One class’ Peanuts performance. Not one thing was like the other. And that’s what made the show so great.

One thing, however, that I found the show to be lacking was in the personalities of the hosts. Anderson and Chudy’s humor felt more subdued. However, considering the roles they were portraying as Statler and Waldorf, the two old men who jeer from the left balcony box on The Muppet Show, those two characters generally have a darker, more negative tone of humor. The constant bashing of the show and saying things like “anything would be better than this show” and “I’m glad I left my wife at home so she wouldn’t have to see this” got old very quickly, and were no longer funny after about three times. The bashing of the acts and the pointing out of flaws made me lose interest very quickly as well. It was a good concept, but I was missing the usual hilarious overload of puns and dad jokes. I will say though, that their The Little Mermaid “preview” at the beginning had me almost in tears from laughing so hard. Here were two full grown men, one dressed as a mermaid, singing a Disney song and wheeling himself around on a skateboard, the other spraying him with water from a squirt bottle like he’s a cat. And then next thing you know, one is trying to carry the other and nearly flat out dropping him on the stage. That was certainly a great opening, and had me excited for more fun and games from not just the hosts, but from the rest of the show overall.

There will always be parts of the show that are to be expected, but that doesn’t make them any less remarkable from the rest of the acts. Like the black light show and swing dancing, which always prove to me even more what kinds of talent we have here at FHC. The creativity and magic that goes into making these two dance numbers more spectacular than the year before always amazes me, and I love seeing the dedication and effort that the members of these acts put forth into creating a beautiful final masterpiece.

Then there are the parts that are really unexpected. Sock puppets, magic, Irish dancing, and synchronized swimming? It doesn’t get any more random than that. The people behind these acts have such a defined sense of humor, and I enjoyed seeing them love what they were doing up on that stage.

I really liked how different this show was from the ones in the past. Without the usual performances from multiple bands, or the repeated vocal solos, this show really lived up to its name. Random Acts of Talent 2016 was definitely a hit in my book, and I know that even after I graduate this year, I will be trying to come back to see next year’s and discover what other talent FHC has to offer.