The Kitchen by Wolfgang Puck 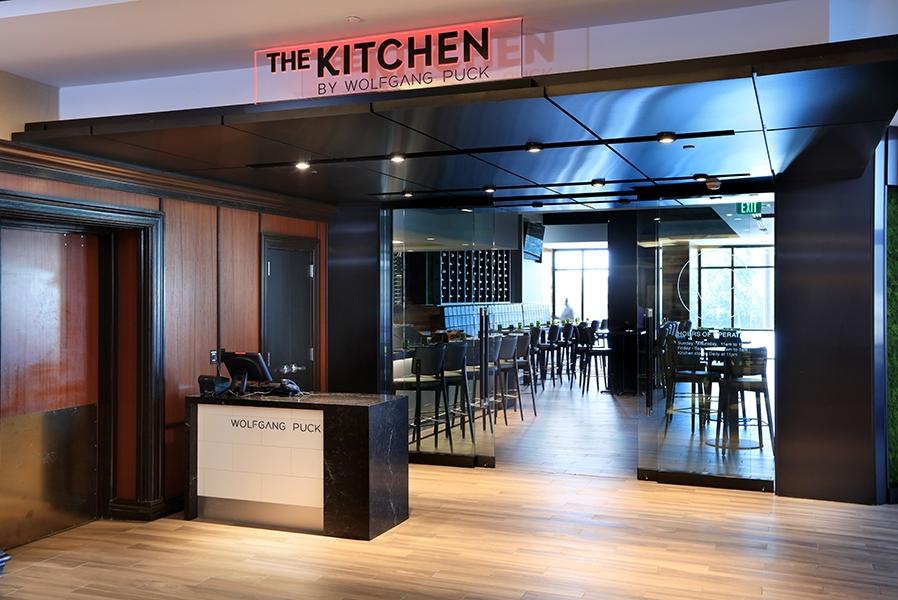 I have had many a pancake, whether that be in a café, on the streets of Paris, or a local diner in Deer Valley, UT. But by far, some of the disgusting pancakes I have ever had came from The Kitchen by Wolfgang Puck in the Amway Hotel downtown.

Walking up to the door from the parking lot, I was already a little bit peeved. My dad parked about a mile from the restaurant. I was cold, irritable, and, as you can imagine, a bit hungry – all the ingredients for a perfect storm. Oh, and let’s not forget the line then went halfway around the building. That part was particularly fun for me, especially considering the fact that I am from Georgia and don’t tolerate this degree of cold well.

Once we actually got our feet in the door, we were told that we would have a twenty-minute wait before we actually got seated. I was only okay with the wait because usually a long wait mean good food that a lot of people want to eat – I was sorely mistaken.

After hearing the hostess call out for, “Danger, party of two,” and being seated at the small, tight, greasy bar, I finally accepted the fact that there was no way that I could get out of eating at this establishment. So like most pessimists, I just made the problem worse by finding every little flaw that existed within the four walls of the restaurant. I looked in the corners, on the floor, and in between the tiles at the grout. All I did was just stare at the dirt that had accumulated in every crack and crevice possible. I found fault with everything: the way the food was handled, the not-so-appetizing-smell. You name it, I found something wrong with it. I even had a problem with the way that the menus looked when they were set on the counter under the fluorescent lighting.

However, despite all of the establishment’s shortcomings, I got off my high horse just in time to have the waitress ask me what I wanted in a tone that I did not appreciate. Nevertheless, I let it go because when I looked over at my dad, he looked so excited to be having breakfast with his “favorite oldest daughter” – his words, not mine. I decided to go with the three flapjacks instead of two, and the two pieces of turkey sausage because I it was around eleven and I hadn’t eaten a thing.

While awaiting my infamous pancakes, I took an opportunity to look around at the décor and ambiance of the room. I saw pictures and posters of a lot of different things, but I’m not actually sure there was a point to all of them. The lack of adequate lighting mixed with the absence of sun coming in from the windows made it almost impossible for me to make out any of the faces in the pictures that surrounded me on all four walls. Not to mention that all of the pictures I did get a glance at had a thin layer of dust on them which indicated to me that nobody had wiped them down in weeks.

Deciding that it would be a mistake to continue, I thought it best to just look directly in front of me, and not on the germs that were probably getting sealed into my pancakes at that very moment. Much to my relief, before I had time to work myself up into a tizzy, three perfectly golden brown pieces of heaven were placed in front of me. Directly after my plate of pancakes plopped down on the counter, my two pieces of turkey sausage, that didn’t look half bad, were placed directly to the left of my pancakes. While the look of the sausage left a lot to be desired, I had high hopes for these pancakes. After completing my pancake ritual -butter, syrup, and cutting – I took the first bite and was almost immediately compelled to spit it back out.

There were two fundamental problems that arose with these pancakes. Number one, they were too crispy. The outside of the pancake was hard, I had to use some real elbow grease in order to get the knife to go all the way through the pancakes and into the plate. Number two, they had too many air bubbles in them. A well made pancake is soft, light, and airy with the perfect about of “fluff” flowing throughout the whole thing. The pancake I ate that day, was not that. It was just sad.

Much like the main dish, the side dish of sausage was just as if not more underwhelming than the pancakes. They actually looked really nasty. So nasty in fact, that I turned to my dad and said, “I’m not going to eat something that looks like a decaying, decrepit bird nest.” He looked at me with a face that basically said, “If I’m going to pay for this meal, you’re going to have to actually put this food in your mouth and chew.”

After much nonverbal communication and a few alligator tears, I wormed my way out of having to eat or pay for my meal.

Needless to say, I’m not a fan of Kitchen by Wolfgang Puck. I found the food, service, and atmosphere completely deplorable. But by all means, if you want to go drop twenty bucks on crappy pancakes, and crappy service, be my guest.