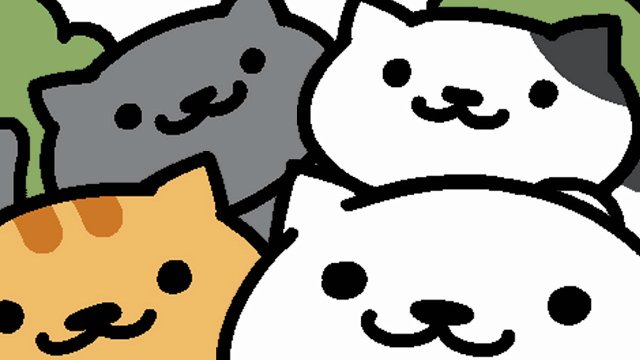 Captivating everyone from teens to the elderly, Neko Atsume combines cute cats with the collecting aspect of gaming that will keep you hooked. The app was released on October 20, 2014, and has recently surged in popularity, even having blogs and online forums dedicated to it. Neko Atsume became an online sensation seemingly overnight, and the game’s following is only seeming to grow, most likely due to its addictive nature.

‘Neko Atsume is the perfect combination of an idle game where you can come back to it and just be like ‘Ooh look, cats!’ and a collecting game, so it actually has some sort of end goal that you can compare with friends on with what you’ve each gotten,” said sophomore Alice Hubbard. “That’s why it’s so addicting and everyone loves it, because it’s perfectly balanced between those two kinds of games, and it has such a wide audience.”

In the game, you’re able to buy toys, food, play spaces and more for your cats, and they will pay you back by giving you fish/gold fish (the currency used in-game) or mementos, yet another thing to collect. You can take pictures of the cats and save it their album, or get a screenshot of your yard. While it may not be for everyone, even dog lovers might fall in love with Neko Atsume.

All it takes to see the praise this game gets is a trip to your mobile app store of choice, although it is only available on iOS and Android platforms. Five star reviews litter the review section, and it’s easy to see why the game is loved by many. From cat lovers to people using it as help for anxiety or depression, the assorted cats can help to make their day.

“It’s such a simple idea, but they created it so that each cat has its own personality, favorite items, etc. Also, they made Guy Fieri a cat. I mean come on, this game is a gem,” said sophomore Jenna Howard.

Neko Atsume has 49 cats total, with 17 of them being “rare cats.” These are cats modeled after celebrities or historical figures, such as “Guy Furry” (Guy Fieri), “Billy the Kitten” (Billy the Kid), and Joe DiMeowgio (Joe Dimaggio.) These cats are sure to give everyone a laugh, and add even more things to like. Every cat also has a personality, power level, and favorite toy/s. Most Neko Atsume players have accepted their obsession, and share the love with others.

“My dad heard the Neko Atsume music and said I have a problem. It’s a great problem though,” Howard said.