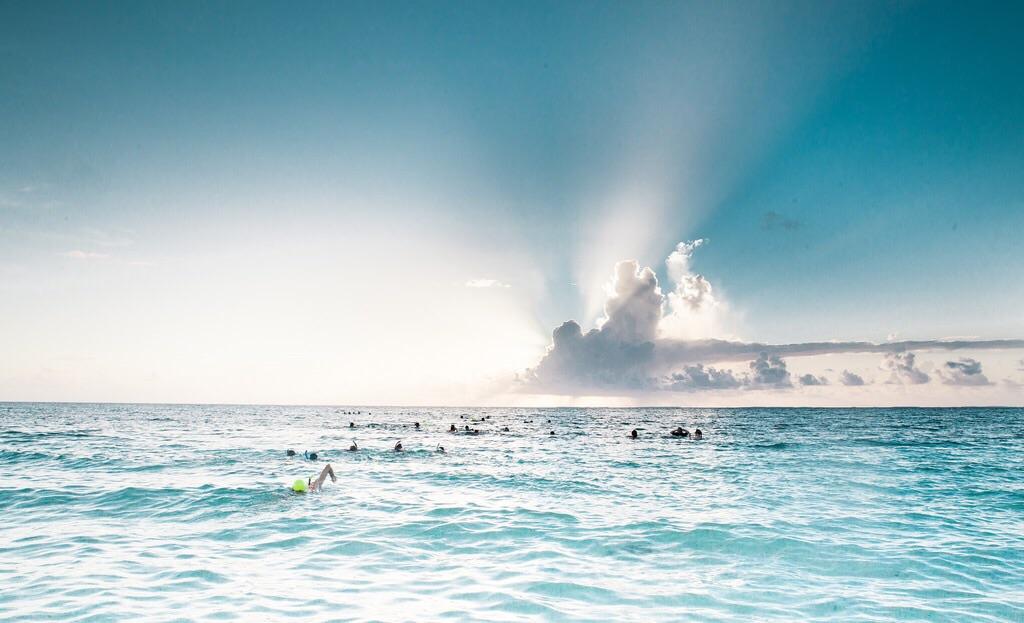 Follow Your Dreams: Paityn Wedder’s Journey to The Island School

Passions: for some, they can lead to an amazing job or a new hobby to enjoy. But for others, they can lead to opportunities others can only dream about. For junior Paityn Wedder, her passion took her to an island in the Bahamas.

Paityn has always been interested in nature and the outdoors. She attended Goodwillie Environmental School and enrolled in a Scientific Research Class at FHC, yet her true passion, the ocean, was always too far away to be completely studied.

However, one day a former student came back to Goodwillie and spoke to Paityn and the other students about a learning opportunity: The Island School, which is located in Cape Eleuthera, the Bahamas.

“I’ve always been interested in the environment and outdoor world, especially regarding the ocean,” Paityn said. “I’ve never been able to study marine organisms in Michigan unless I was reading out of a textbook, though. Ever since that presentation when I was eleven, it was my dream to be accepted and further pursue my passion.”

Since then, Island School had always been in the back of her mind and her goal was to get in. That dream became a reality this past summer.

“I was beyond excited [when I got in],” Paityn said. “I had always wanted to go, so when it actually became a reality I was really overwhelmed and happy.”

Paityn attended the school during the fall of 2015. While it might seem like the school was just a semester long beach party, that is very far from the truth.

“A lot of people think it’s just sitting on the beach all day and it’s not at all,” Paityn said. “There was a lot of hard work involved, and our days were so busy that feeling stressed out happened frequently.”

Still, a lot was offered at the Island School, including the opportunity to swim before class or hang out on the beach at the end of a long day.

The classes that she took during the semester were really quite different from those offered at FHC, including a research class that could last almost as long as a traditional school day.

“There were 50 students, and each class had 12 or 13 kids in it instead of 25 to 30,” Paityn said. “Each class ranged from one hour to three hours in length depending on the day, and research could occasionally run for as long as six hours in one day.”

Hannah Van Alstine, who is originally from Maine, attended the Island School with Paityn. According to her, the type of learning there was much more effective compared to normal school.

“There was no memorization or long lectures,” Hannah said. “The academics really made me care about what I was learning as well as actually seeing how it would benefit me in the real world.”

Not only that, but for Hannah, the opportunity to study in a more intimate setting is what made the experience so amazing.

“The coolest part [of going to Island School] was getting to live with 50 other kids my age,” Hannah said. “We all had a reason to be there and we pushed ourselves to be the best we could be.”

Rob Zintl, another student who went to Island School with Paityn, agrees that there are some major differences between Island School and regular classes.

“At Island School, so many of the classes are in the field and are much more engaging than regular school,” Rob said. “You really get to know your classmates and teachers outside of the classroom and that adds a whole new dynamic to the classroom experience.”

This hands-on approach was especially beneficial to Paityn, who was able to use it to help her research project. According to Paityn, she was having trouble finding an expert on green sea turtles (her topic of research) because we don’t live near an ocean. At the Island School, that wasn’t a problem.

“I was put into the sea turtle habitat research group and actually got to work with the endangered animals hands on,” Paityn said, “It was awesome to finally be somewhere in the world that made that opportunity possible.”

The members of the group were able to go on boats, track the turtles and gather information on them. At the end of the semester, they presented their information to the Island School as well as some Bahamian government officials.

While they were there for school, there were still many interesting moments that occurred. One event during a sailing trip stands out in particular for Paityn. She and her fellow students were caught in a storm that lasted for three hours and the conditions were terrible. It was pitch black and they could not see land anywhere. They had to continuously bail out water to avoid capsizing.

“We had to harness our lifejackets to the boat so we didn’t fall overboard,” Paityn said. “There was a point when the adults on the boats were telling us what to do if we capsized and we were separated in the ocean. We all made it, but that day still feels like something out of a movie to me, not real life.”

Even with all of the stress that the school could provide, the experience of attending was like no other for Paityn. It wasn’t easy, but it was definitely worth it.

“Every day was an adventure,” Paityn said. “There was a lot of hard work involved, but it truly was the best experience of my life.”