Ruthie VanSkiver dedicates her all to athletics 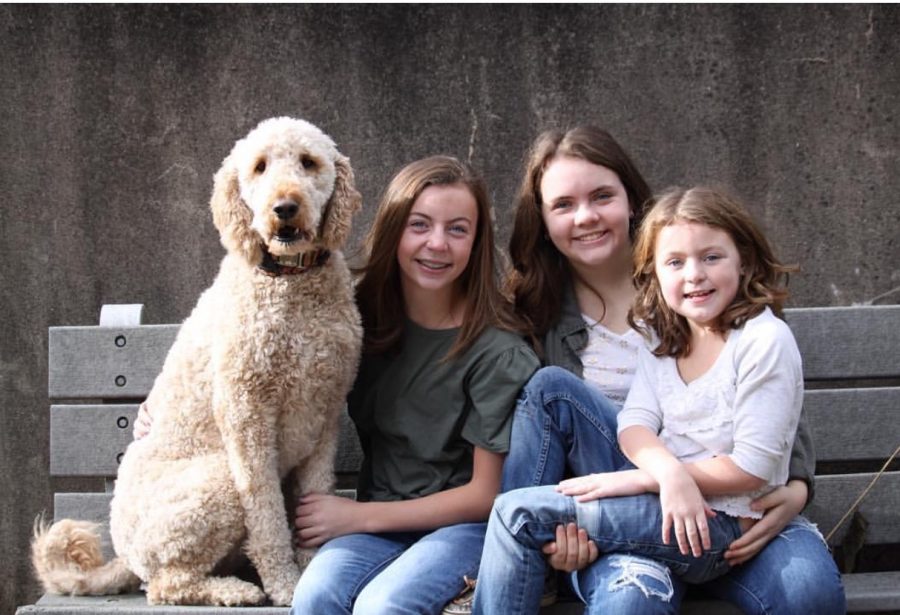 Ruthie and her older and younger sister

Despite the unorthodoxy of this kind of team bonding, the team has become a very tight-knit group. They practice, play, and win together. As the team is undefeated in their conference, Ruthie believes part of her team’s success can be attributed to how close they are.

“The more that you support each other and have each other’s back, the stronger the team will be,” Ruthie said. “I love to see my friends do well, especially if they are practicing a new skill and finally achieve it. We’re all like family.”

In fact, part of the reason why Ruthie has played volleyball since sixth grade is because of the girls that she’s played with. This year, the team is a mix of girls who have made the school’s team in past years along with some new faces sprinkled in, which allowed Ruthie to branch out.

Ruthie’s teammates, old and new, elected her as one of the three team captains. As a captain, Ruthie’s duties include aiding communication between the coaches and the team, providing leadership at practice and in games, and always setting a good example.

“I feel very honored because my friends chose me to be one of the captains on the team,” Ruthie said. “I try to be a good role model and give 100 percent in all games and practices.  That is the only way that you will get better.”

Going into freshman year, Ruthie knew there was no guarantee that she would make the team just because she had in past years. Over the summer, she practiced hard and kept in shape.

But the hard work didn’t fade away with the summer sun. The volleyball team can be found in the gym every day for around two and a half hours to three hours. The only exceptions are game days, which are Tuesdays and Thursdays.

Ruthie’s devotion to athletics flows through her love of volleyball and spills into her love for another sport: soccer. She has been playing soccer for so long that it is difficult for her to remember exactly when and why she began to play in the first place. 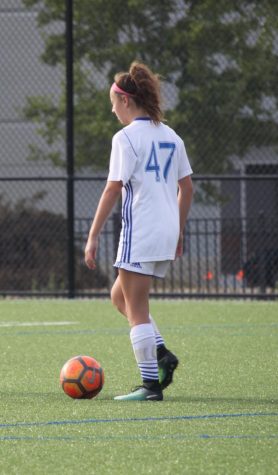 “I just really like competing against other people, and I just love the game which kind of keeps me going,” Ruthie said. “I just like to push myself and be as good as I could get.”

One way Ruthie pushes herself is by participating in many summer camps, such as Western Michigan’s ID soccer camp that she attended last summer. Every day for four days, the campers had a game to show off their skills. These showcase-like games allow many college scouts to get a good look at up-and-coming players.

“It was kind of intimidating, and it was a lot of pressure too, but it was fun,” Ruthie said.

Ruthie has played at many different clubs throughout the years. When she was young, she played for the YMCA and eventually switched over to Rapids. For the past three years and into the present, Ruthie has played at Midwest United. This year, she made the Premier One team, one of the most prestigious teams the club has to offer.

For an hour and a half on Tuesdays and Thursdays, Ruthie and the Premier One team hit the field for practice. They play games in Detroit and many other places in Michigan, as well as Indiana and Florida.

“On many days, I am going from a volleyball practice or game right to a soccer practice or game,” Ruthie said. “I try to give it my all during both practices. I don’t complain because I know that I have made a commitment to both teams.”

Even though both volleyball and soccer are large time commitments, Ruthie makes it work. She believes that it’s important to do more than one sport to avoid burning out. Her dedication to both sports is a defining aspect of who she is.

“Dedication means being there for your team; don’t be late,” Ruthie said, “know your priorities, and then just be a good teammate. If you have a soccer game or a volleyball game and a friend asks you to hang out, you’re going to have to go to your sport instead of do that. So you miss out on some things, but you gain memories of the sport.”

Ruthie is unsure of where her strong sense of dedication comes from. However, growing up, Ruthie remembers her dad always telling her to never quit and to just keep going.

Ruthie’s sister, junior Meredith VanSkiver, has also noticed her dedication and is there to support her.

“Ruthie hates to lose, and I think that that helps to fuel her dedication to athletics,” Meredith said. “She puts everything she has into everything that she does. I admire Ruthie’s determination and passion. Her love for sports is very apparent, and it’s inspiring to watch.”