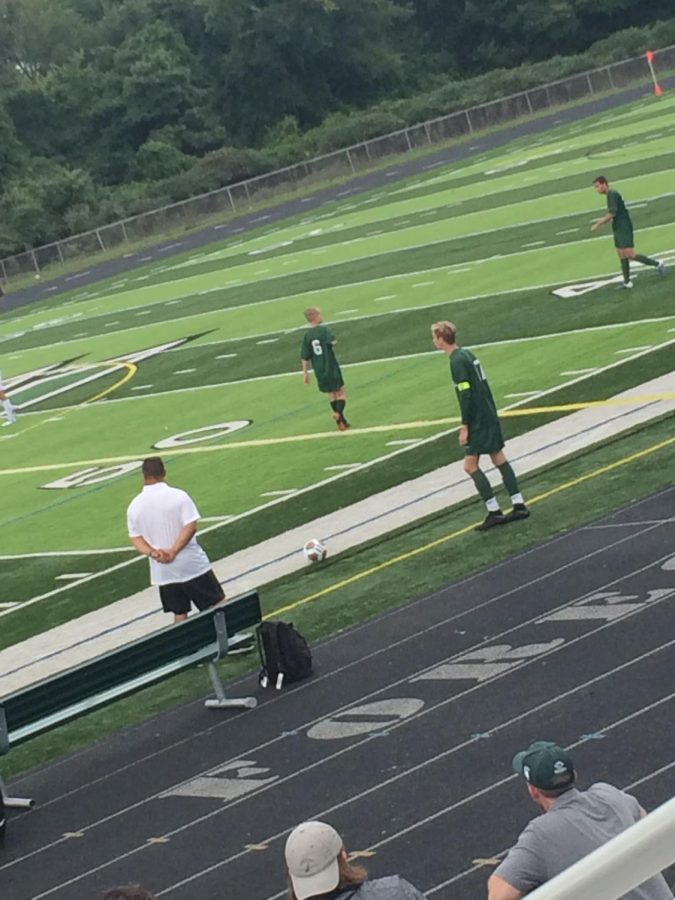 The boys JV soccer team pulled out the win against Greenville 6-2 last night. The Yellow Jackets played their hardest, but couldn’t quite match the pace and intensity of the Rangers of FHC.

The first half was rather sloppy for both teams on both the offense and defensive ends. Despite that, the Rangers started out with a 20-yard chip just over the goalie’s hands, making the score 1-0. A few miscommunications from FHC on the defensive side and a perfect cross led to a Greenville goal just before the whistle was blown to signal the half.

The Rangers approached the game in a very offensive manner by constantly pushing up field. Greenville couldn’t handle the attack, which resulted in an impressive 5 more goals by the Rangers. First, was a shot by freshman Joe Robertson, who had 2 goals on the day. He had an overall solid game, but was really boosted by his assister – freshman Sam Kelly. Sam had an astounding 4 assists on the night. Another key player in this match was sophomore Matthew Mahoney. He has been a key part to the team since day one, and he really proved himself with 2 goals last night.

The Rangers are now 6-5-1 on the season. The team’s overall offensive presence has really been the key to its success these past few weeks. That same pressure has also brought the Rangers to 6-1-1 in the conference. The Rangers play Cedar Springs next at home on Thursday, September 26.