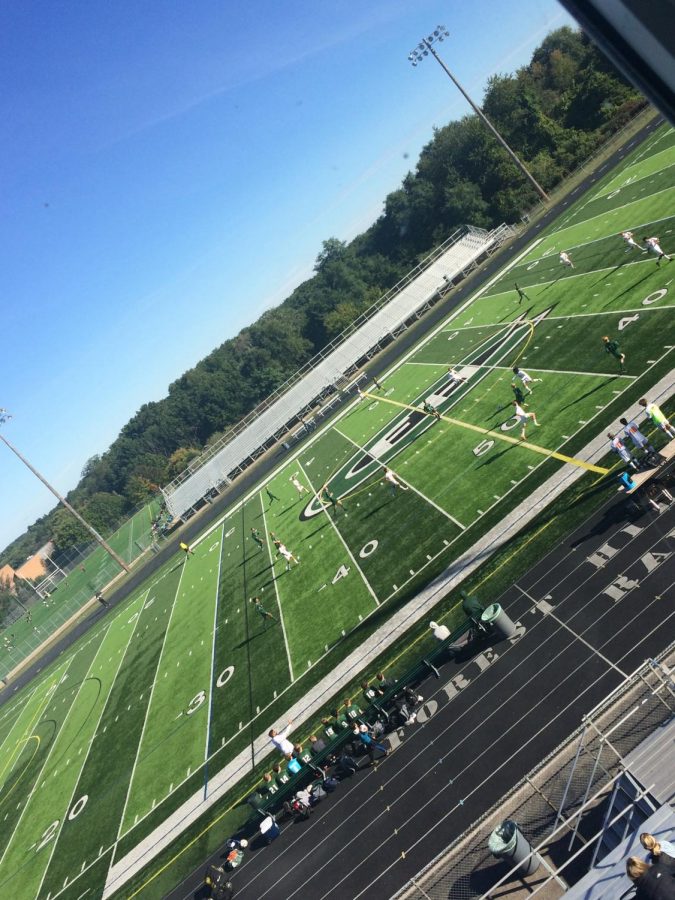 A breakaway for the Huskies of Portage Northern allows the striker to take a shot, right towards the top left corner of the net. The keeper, sophomore Alex Dellinger, sails into the air and punches the ball above the net, saving yet another fantastic shot.

Alex was a key player for the Rangers, allowing only 2 shots in, and saving more than triple that. He not only blocked many shots, but also helped the offense out by punting the ball down to the other side of the field, trying to maintain the team’s constant pressure. The Rangers still ended up losing 2-1, but played a very good game against a strong opponent.

“Alex, our keeper, had a very great game; it could have been a lot worse than what it was,” Head coach Paul Kramer said.

Despite the Rangers’ strong effort, they couldn’t quite pull out a win. They played a stellar passing game and moved the ball thoroughly on offense and defense, knowing that one small slip up could cost them. This was running through the heads of all of the FHC defenders like an ear worm, constantly reminding them of their task. 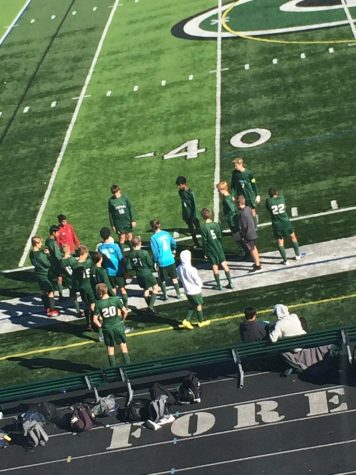 Both teams came out fighting from the starting whistle, protecting offensive possession on every touch. Many opportunities were created for the two teams, yet neither finished their chances very often. Portage Northern managed to find a breakup in the defense first, and charged through to bury the ball in the back of the net. This goal gave the Rangers a quick taste of the Huskies’ offensive pressure, and gave them a hint of how they would play the rest of the game.

“The hardest part [about playing Portage Northern] was dealing with their athleticism,” Kramer said. “They are very fast, very strong, and I thought our boys were up to the task.”

The Huskies took advantage of their lead, by scoring yet another off of a penalty kick with 23 minutes left in regulation. The defense finally woke up, crumpling the momentum rush of the opponent, and even having a push of their own.

FHC charged down field, blowing passed everyone, and took a shot on net. The ball was blocked, but went behind the goal, which meant yet another opportunity for the team. The corner kick was taken by freshman Ben Taylor, who curled it into the middle of the mosh pit in front of the goal. The ball was settled and shot by freshman Sam Kelly, and after being deflected by sophomore Mason Corcoran, went into the right side of the net. With this goal pulling FHC within 1 goal, they began to take a very offensive approach for the rest of the game.

Mason played his heart out for the team. He was an essential part, being very physical against substantially bigger kids. He fell to the ground multiple times while attempting to gain possession of the ball, but just got straight back up on his feet, showing his determination and persistence. 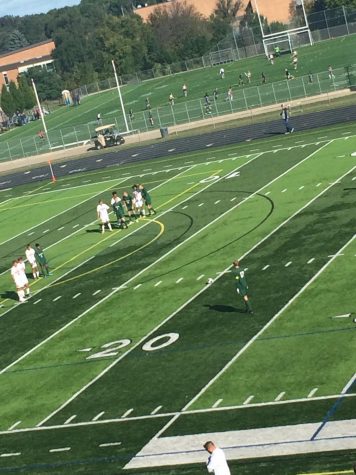 Despite a hard-fought game, the final whistle blew in favor of the Huskies, 2-1. The Rangers played a very solid match, but couldn’t quite finish their opportunities. The team has a redemption match against Ottawa Hills on Thursday, October 4 at home.

“We played our hearts out; the team just came out short,” sophomore Brady Price said.