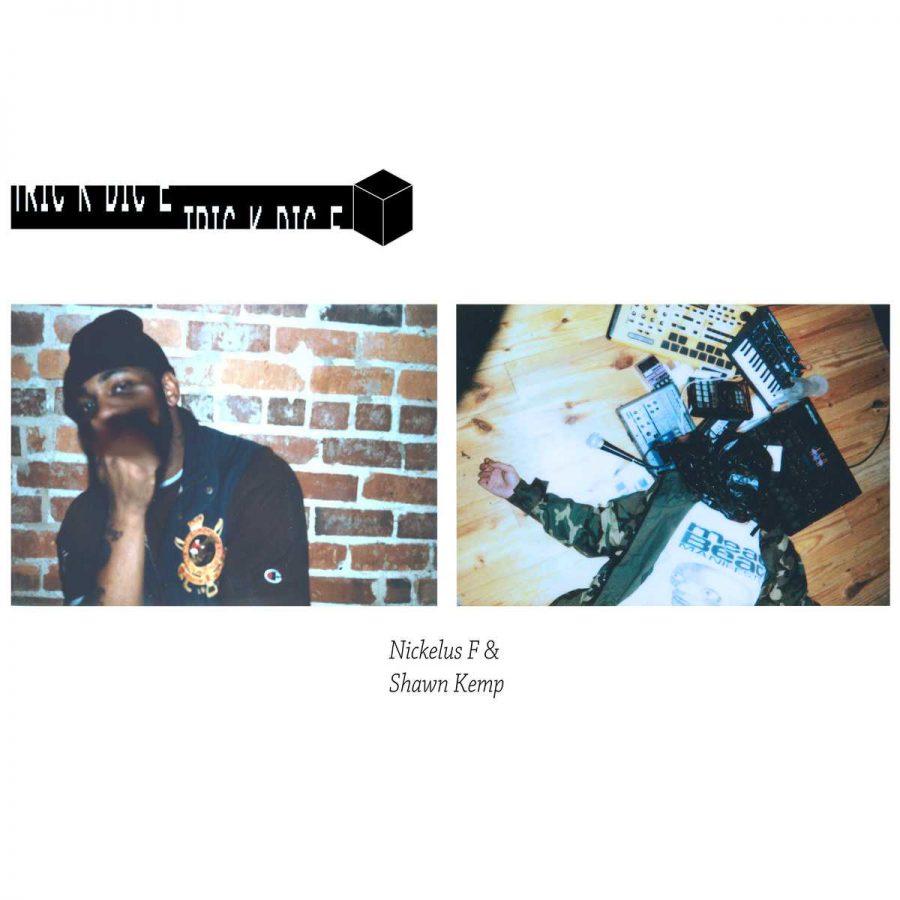 It remains exceedingly hard to find information on the Richmond rapper/producer LIL UGLY MANE. Internet searches unearth no more than the artist’s Bandcamp page and a dusty handful of music categorization pages with little to no actual details. His persona almost screams with a lust to stay completely underground. He longs for minimal detail, and his sound thrives within the obscure trenches of esoteric, lo-fi absurdity and grimy dismay.

So when LIL UGLY (under the alternative name “Shawn Kemp”) paired up with Richmond underground king Nickelus F, and the pair put together an offhand compilation of their own assorted sounds thrown sloppily onto the accumulation of all Richmond “gas station parking lot” mixtapes, one of the most visceral pieces of experimental hip hop in 2015 was born. A Frankenstein of savvy, near-broken rhymes and startling production, Trick Dice stands as one of the most confounding projects released through all of the last year.

The album primarily functions as an outlet for Shawn Kemp (or LIL UGLY) to throw down his shakiest production, only for Nickelus F to work with the beats and synthesize them into an even slower, lucid reality straight from an alternate universe in which glamour has fallen to grime. The two match to the point where Trick Dice remains nearly unclassifiable in its own uniqueness. The project darts to the point where a listener may question the music’s own existence.

Calling Trick Dice an album is almost even an unfounded claim in itself. LIL UGLY described it himself as “a cut and pasted, scratched together, beat up composition book with a busted spine, filled to the brim with rhymes scribbled in wild handstyles and doodled bubble dollar signs.” The record almost screams the intention of never wanting to be heard by the public, and works against the fame of its creators through its distant existence and remote release. The only proper environment to even take on the music would be through busted, dusty and chopped speakers under the rust of a Richmond bridge on its last legs; anything else would feel a betrayal to the creators.

The uncomfortable uniqueness of the project branches also from the individuality of each song. Tracks bump a whole array of different vibes and aesthetics, branching from cloud-cruising to near murderous. “Cloud 9,999 (Phone Mix)” glides through a light, summertime production of numbness guided by Nickelus’s proclaimed love for the sterile, isolated existence brought upon by heavy use of painkillers and alcohol. In its brevity, the track mumbles through the euphoria of living not on the mere pleasure of cloud 9, but darting within the divine love of cloud 9,999, too far from human life to care. Additionally, “Lucid Slowed” exhibits a light, jazzy and soulful production paired with the lyricism of Nickelus regarding the struggle of the hustle. The work by Nickelus mocks itself through its own absurdity and blatant crassness on the track.

Alternatively, “Gold Figaro” sports a production cast straight from the musical equivalent of the uncanny valley. The unnerving production is backed through Nickelus’s violent, surreal boasting, which stands without coherency at countless points. Abysmally lurking, “Emu (Neck Mix)” also plays with the dark side of the pair’s synthesis. The track is blessed with LIL UGLY’s absurdist composition, taking on the form of a giddy, trap-influenced, remote haze. Nickelus’s acceptance of ignorant pleasure seeking within the song stands as shocking enough to help the track serve as an actual deterrent to the motives and actions described within the music.

LIL UGLY MANE is certainly not an instantly gratifying artist to be a fan of. He goes months and years without releasing projects, or even updates on projects. And he doesn’t supply many performances or public appearances to fill the void between releases. However, this only builds into the rewarding factor of loving LIL UGLY. Months of waiting without a single word from the artist to console the mystery of his work make releases infinitely worth it after they are dropped, and Trick Dice exemplifies this to a great extent. The most elusive fish remains the most richly rare to catch, and Trick Dice is nearly too rare to exist in the first place.