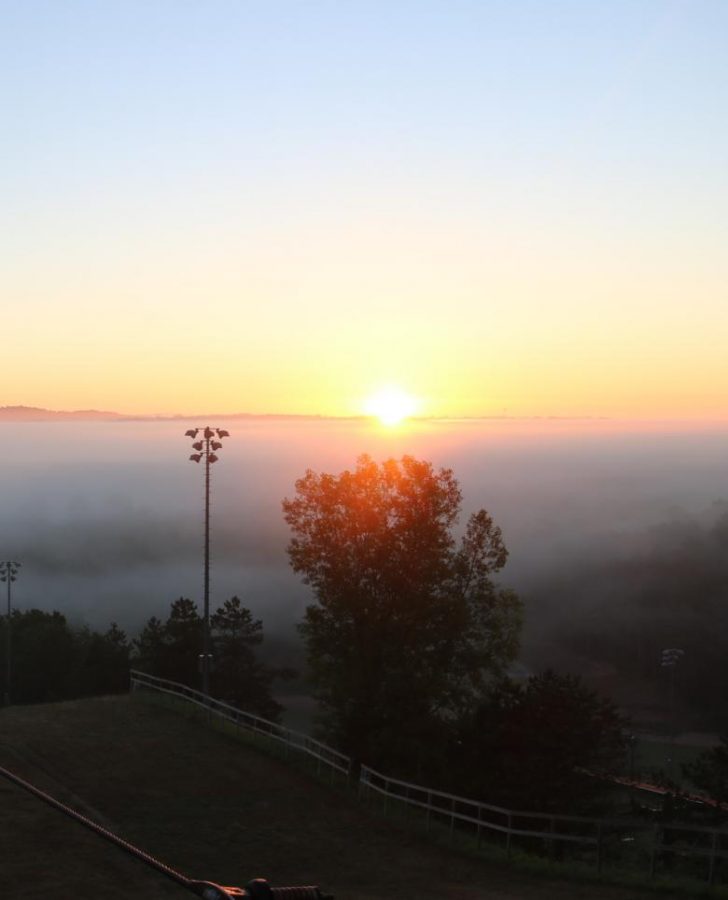 According to the Oxford Dictionary, love is “an intense feeling of deep affection.”

According to Merriam Webster, love is firstly “strong affection for another arising out of kinship or personal ties.”

According to my definition, love is much more than a single sentence could ever summarize.

Love is selfless. Last Sunday, I heard the testimony of a husband and wife who had recently adopted, and hearing the way they talked about that decision, their fears, and their altruistic relationship with the child was absolutely beautiful. Initially, they had worried about all the “what ifs.” What if my baby grows up loving her birth parents over her adoptive parents? What if I can’t love her like she deserves because she’s not my own? What if we are in way over our heads? When it came down to it, though, all their fears were cast aside in order to simply shower love on this baby girl, despite the fact that their future with her was unknown.

Thomas Aquinas, a leading theologian of the western church, once said that to love one’s own child is natural, but to love someone else’s child as one’s own is supernatural. They had looked outside themselves to selflessly love the baby that wasn’t their own, sacrificing their comfort and so much more to give their all to their adoptive child. On the flip side of that, a mother giving up the child she’s been carrying for many months in order to give her child the life they deserve is also incredible. There is a brokenness to that situation, but also a supernatural love, one that is not always seen or recognized.

Love is unconditional. I’ve seen many relationships in my relatively short existence, both healthy and unhealthy, both romantic and non-romantic; half the time, it breaks my heart to watch the ways people love or think that they are loving people. Many people attempt to think practically about love, as if it’s a free access pass into a benefits program, rather than actually seeing a person. Others see love as transactional, as if giving something now means that they owe you now or in the near future. However, love is neither of those things. It is giving and giving even when you know the receiver may never return the favor. It is loyalty and fully committing yourself to someone. It is truly unconditional.

Love is not blind. It is seeing the flaws and the innumerable screw-ups but still loving anyway. It sees the truth and does not turn away when things are looking rocky. On the contrary, it is not ignoring the bad and choosing to turn a blind eye. I’ve heard of so many accounts where women, covered head-to-toe in bruises, have claimed that their husbands love them, excusing their behavior as a “one-time thing” or blaming themselves for the hurt inflicted upon themselves. That is not love.

Personally, I’ve experienced a lot of wholeness in my own relationships, and also in others, I’ve seen hardships where the bridge that had been built burned into nothing but disgust and hatred. Rather than reflect on the bad relationships I’ve had, I think it’s more appropriate to praise the good ones, the ones that have been life-changing.

When I was younger, all I knew of love was my mother making me breakfast and caring to hear about my day and my father pushing me up the hills as I teetered on my new bicycle and bandaging my scraped knees when I inevitably hurt myself.

With time came growing, and with growth came learning. What I’ve learned is that in the end, love isn’t always so simple. Love often falls somewhere in the gray area, and that’s the nature of life and people and their complexities.