Ellie Ingraham takes life head-on by pursuing it all 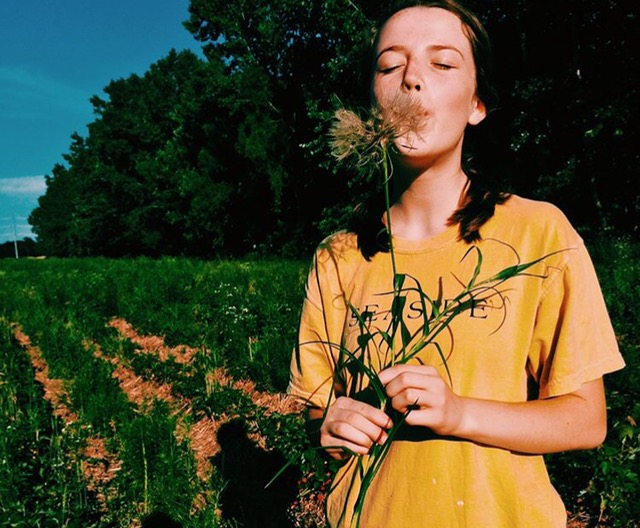 Junior Ellie Ingraham is not in the circus, but she can juggle much more than your average high schooler. Starting from her two jobs, seven hours of intense classes, and her passion for volleyball, Ellie can attribute copious lessons to this rigorous schedule.

However, it hasn’t always been this way. Ellie began handing over portions of her day to volleyball in seventh grade. Spiking the ball over the net came naturally to her after watching her older sister Maddie play.

“I don’t think [starting volleyball] was that bad,” Ellie said. “I had grown up watching it. I feel like when you’re so young, it’s not anything too crazy. I didn’t think it was that bad.”

Over the years, Ellie earned her spot on the team as a front row hitter as her sets became more accurate and her spikes gained the team more points. Consistent practices, lengthy games, and putting her all into volleyball has consumed her life since that club season in seventh grade, but she’s also felt the impact it’s left with her.

“I think [volleyball] definitely shaped me as a person,” Ellie said. “It taught me a lot of key characteristics in life. I think [joining] was a good thing.”

Pursuing volleyball day and night during club season and school season has landed her a spot on this year’s varsity volleyball team. This team encapsulates everything team bonding should be to Ellie. With two freshmen, four sophomores, three juniors, and six seniors, it’s hard to believe everyone gets along. However, together, they prove the stereotypes to be wrong, and Ellie enjoys every second of it.

“I love Forest Hills Central volleyball,” Ellie said with enthusiasm. “There [are] so many different components that everyone brings because we have such a wide variety of people who do it. It’s a pretty big team this year, but everyone’s so different. Even off and on the court, it’s so much fun.”

Outside the white lines that determine the game, the teammates celebrate moments together with dinners, classic Starbucks drinks, or with loud music to get their spirit going. Along with the necessary reliance on each other on the court, Ellie has bonded with them all with hopes that it will stay that way far past the season’s end.

“I definitely see some of [the volleyball team bonds] going far in life,” Ellie said. “I have one really good friend, [junior] Lauren Schofield; we’re super close, so I definitely see that going a long way.”

These bonds have developed over the games, seasons, and years. With every hour spent practicing a new technique, dominating on the court, or passing the ball around with her teammates, Ellie is able to take away lessons to use outside of the gym.

“[Volleyball] has definitely helped a lot,” Ellie said. “I really had to learn how to time manage, especially with the classes I’m taking right now. It’s really hard to stay disciplined, stay on top of things, and not just lay in bed for a bit. It definitely teaches me that I have to be on top of things and get things done [when] I have something to do.”

And Ellie often has something to do.

She recently picked up a job working behind the ice cream counter at the new Ada General Store. Inside the red schoolhouse building, she can attend to customers while learning something new every day. Yet, going above and beyond in typical Ellie style, that’s not her only job. Tying in her love of volleyball and determined attitude, she also is an employee at the Michigan Sports Academy.

These countless hours signed off to work and sports would leave an ordinary person tired and wanting free time, but Ellie maintains engaged in school by tackling advanced courses, three AP classes, and the intensity of Kent Career Tech Center (KCTC) classes. KCTC classes provide a unique experience for students in a diverse range of applicable courses outside the brick-and-mortar style of school.

“[KCTC is] super different,” Ellie said about her classes there. “It’s different from traditional school, which I like, because I think it will prepare me for college, especially for classes.”

The preparation comes from the course Ellie is taking: diagnostics. In the Downtown Market KCTC location, she is provided with medically-based classes with hands-on activities such as labs, clinical rotations, and more. This innovative, yet intense, three hours of the day starting at a typical school’s zero hour time brings the reality of hard work to Ellie.

“Personally, [this schedule] is something I wanted to do,” Ellie said. “I really want to be successful in life, so I figured I might as well have [a] good work ethic now before I’m in college, where grades really matter.”

Soon, this worth ethic will prove useful. Already, Ellie knows what she wants to do in her future and is taking the necessary steps to arrive there prepared.

This future involves the rigorous medical field, something that connects the things she loves most in life with a career that will leave her fulfilled.

“[Medicine] is just something that I’ve always been interested in,” Ellie said. “One day I was just [like] I want to help people, and family is a really big aspect of my life. So for me, being an O.B., I wanted to help people when they first started a family.”

Realizing how important family is to Ellie isn’t exactly hard, and a career involving families is perfectly suited to her. From gushy words of their love to how much they’ve helped her, she will never forget about them or their role in her life, no matter the homework, games, or hours of work.

“They’re my best friends,” Ellie said. “I love them so much. My family is my support system; I love them.”