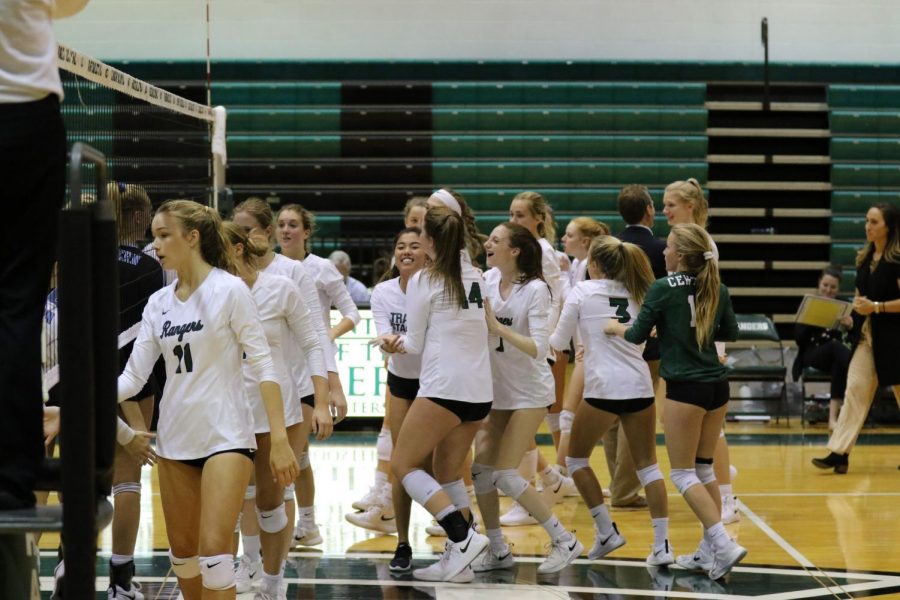 The last time the Rangers faced off against the Northview Wildcats they were defeated 0-3. This Tuesday they played them once again and beat them 3-0.

Sets one and two went smoothly for the Rangers and they won by decent margins; 25-18 and 25-15, respectively. Set three was much closer at 25-22, but they still took the Wildcats down. Senior Katie McClure, junior Rachel Nicholson, and sophomore Julia Bouma came up huge on defense with 10, 12, and 16 digs. Katie also led the team in aces with 5 throughout the night. Junior Tatum Otolski had 9 kills, senior Katrina Bodkins had 3 blocks, and senior Kate Ryan came through with 19 assists.

In addition to the Northview game, the team also beat its rival, Forest Hills Northern, last Thursday. In their previous match, they lost 2-3, but similar to Northview, they were able to win this one 3-1. Three of the four games were close. Set one ended 25-22, set four ended 25-23, and they dominated in set three 25-13. They lost set two, but it was still close at 25-22.

Junior Lauren Schofield and freshman Sophia Shields were offensive powerhouses throughout the night. Lauren had 16 kills and Sophia had 12. Julia and Kate both had 13 digs. In addition to this, Kate had 28 assists.

Both of these wins put the Rangers 5-3 in the conference, this gives the team a good chance of being one of the top teams in the conference. Their next match is Thursday night against Cedar Springs.