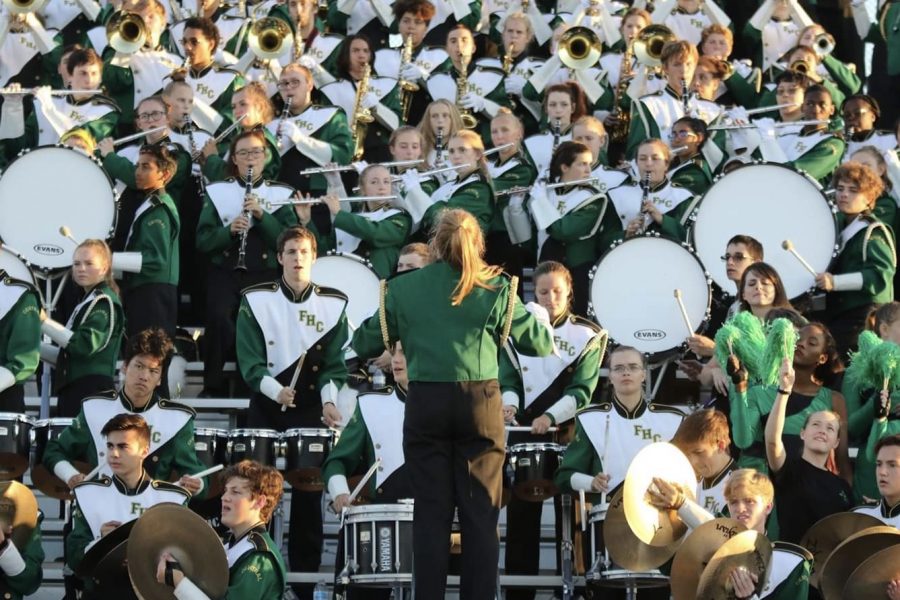 A trio of mop-top haircuts, trench coats, and bell bottom jeans march across the field. Although dressed as the all-male band, Chicago, they are an entirely female unit and, more importantly, this year’s drum majors. Despite the consistent stream of giggles that follow in their wake and the ridiculous nature of it all, the costumed appearances completely capture the lightheartedness of the marching band.

Picked from the rest of the program as members with unique leadership skills are senior drum majors Charlotte Delaney, Zoey Guikema, and Addy Kaechele. As the imperative leaders and core of the marching band, these ladies must find the balance between quality leadership and a buoyant environment — and they are succeeding.

“Everyone in the band has just a great heart and is so welcoming,” Zoey said. “There’s no one that’s ever going to judge you for anything you do in band. We had a whole dance thing that the drum majors did in front, and everyone was just hyping us up. They’re all there for you.”

While dressing up and goofing around is the most visible and fun part of the position, taking on the role of drum major is a big undertaking. In addition to the regular duties of a band member, drum majors must also make time to discuss plans for the day with the leadership team, set up and take down field equipment, and much more. Although it will be a relief to have fewer responsibilities post-season, Zoey knows she will miss the social aspects of marching band.

Fueled by joy and the new-found cohesion of the group, the marching band has built up a more inclusive, close-knit atmosphere, one that Zoey said is “not just supportive of what you do, but also of your personality.” Some of the closeness can be attributed to the combination of the long rehearsals over the four-day band camp in the summer, as well as throughout the early school year.

“We’re a very fun group,” Zoey said. “Ms. Z doesn’t love this all the time, but we’re really able to find fun in everything. After our seven-hour rehearsal day at band camp, we were still able to joke around with each other and laugh.”

Because of the community aspect of it, the band is already seeing improvement and growth, as the joy of performing has been brought back to the program. Additionally, members, even underclassmen, have gained a new confidence in their performances, feeling comfortable enough to play out.

This recently discovered spirit is making all the difference, both on and off the field. Just by looking into the stands, the smiles of absolute happiness show their true nature, apart from their serious demeanor while performing.

“Being in the stands with the band is an experience that is genuinely unmatched,” said senior and alto-saxophone section leader Grayson Norris, “not only because of the music we play to hype up the crowd but also being there watching football with my friends in my section.”

Because he has been a part of the program for so long, it will be tough to leave behind what he, along with many others, have worked tirelessly to build up. However, as senior year for Grayson has only just begun, marching band will simply be the first goodbye of many, a realization he made at senior night on Oct 5.

“Senior night did feel like the pinnacle of my four years of marching,” Grayson said. “I always had senior friends in band who would talk about things being their last, and I got to experience that on Friday night. Having my parents walk me across the field was something I never really saw coming until it happened.”

As bittersweet as it is, however, the legacy of the senior class will live on because of the deep impact they’ve made on underclassmen. Director Laura Zilhaver was exceptionally pleased with the countless ways that they, as a class, took ownership and supported the underclassmen.

“I think what I love is just seeing how [the senior class] has stepped up into their leadership role and really embraced it,” Zilhaver said. “[I loved] just their enthusiasm. I really appreciated that I saw a lot of kids take time to help the younger students. I think that the connection between seniors and freshman really helped the band feel like a family.”

One hardship of transitioning from marching season to concert band is that there is less interaction between the under and upperclassmen, which is difficult after becoming so close during football season.

Although the marching season is coming to a close, the concert and jazz season is just beginning. Students during the “normal” band season can hone their individual skill in their respective sections, focusing more on all of the technicalities and intonations.

“It’s not all just about fun, catchy tunes,” Zilhaver said. “Music expresses things that are pretty profound and varied. So, to me, that’s what’s exciting about concert band because our music selection is not based on what’s entertaining for a halftime show but what is going to get kids hooked on music as an art form and as a way to express themselves.”

The switch of pace will be a huge relief for the band, and for Zilhaver, as different sections like drumline, jazz, and concert will begin to do more specialized work. Before the marching season is completely over though, the band will have one last hurrah: Bandtasia on Oct. 16 at 7 p.m.

“Bandtasia is the culmination of all of our work as a band in the season,” Grayson said. “Our best musical playing of our show is displayed at Bandtasia. The same marching show at each football game is much different than what we do at Bandtasia, because there is no marching during our music. On the field, our sound can be muffled by having to march along with playing our instruments, but Bandtasia is pure, unadulterated music.” 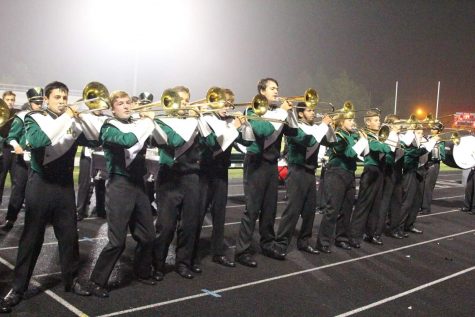 In addition to performing their halftime show, Bandtasia will feature the drumline, trombone suicides, and the jazz band. Despite its slightly alarming name, trombone suicides are a daring routine that showcase the skills of the section, something that requires hours of extra practice. Although the audience is holding their breath during their performance, every trombone players involved in the specialty portion lives for the excitement of it.

“Everyone gets super hype for it,” Zoey said animatedly. “When you’re doing your [trombone] suicides, it’s like a rush of adrenaline. You can’t mess up, so everyone’s just going. Everyone in the band is freaking out. Not a lot of sections get [a feature in the show], other than drumline, so it’s cool to have the spotlight on us for once.”

While Bandtasia is the finale of the marching band season, it will not be the last we see of them this year. Nearing the end of the month, Mary Free Bed will be hosting a Halloween parade for their patients in which the band will be participating in.

Last year, they also participated, but because of limited funding and space, less than a third of the band could not attend. Much to their excitement, this year, the majority of the members should be able to attend and play in the parade.

“I think it is a great way to brighten the day of the patients and workers at Mary Free Bed,” Grayson said. “[It] shows that our band is active as a part of our community. It will be a very fun parade and very entertaining for our audience at Mary Free Bed.”

As self-sufficient as they are, the band needs the support of those in the community, and from Grayson’s perspective, that’s one of the biggest factors that contribute to bettering their numbers and performance. Additionally, the hard work and the positive atmosphere all factor into the group being successful, and because of that, they are set to have a great year off the field.

“Coming to our concerts and our fundraisers and genuinely listening to the fruit of our labor makes us feel so supported,” Grayson said. “Our peers who aren’t in band congratulating me on my good performance makes me feel all my work wasn’t for naught. Band members thrive and work harder when they are congratulated for their efforts, and subsequently grow in skill, giving the community better shows every time we perform.” 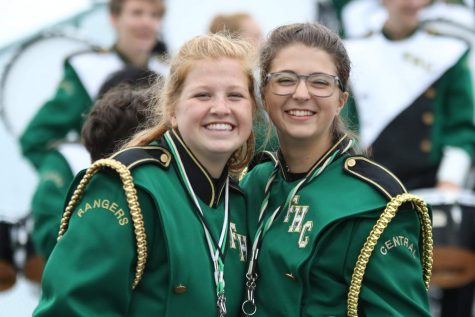