Outside the Classroom #2 – I’m proud to be a Ranger 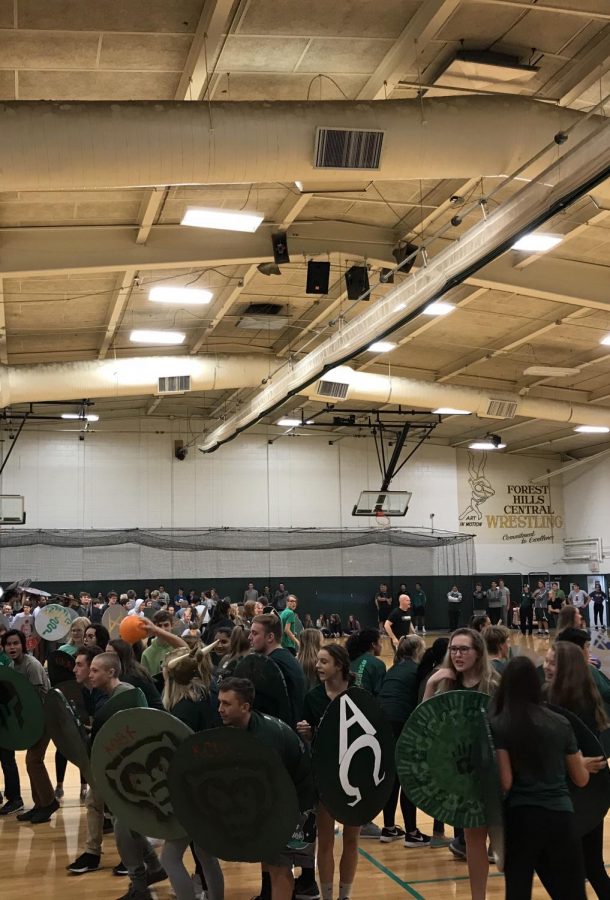 The four words strength, pride, unity, and determination were begrudgingly part of my mantra for three weeks for my AP World History project. Initially, I couldn’t care less about them; they were simply a few words strung together. However, each word began to mean a little more to me every day, until it eventually it narrowed down to just one. Pride. I’m proud to be a Ranger.

As a kid who’s been a part of the FHC community since I was in kindergarten, I can say that I’ve not always thought much about what it means to “be a Ranger;” I just was and always have been. But as the years have gone on and as I’ve grown alongside so many incredible people, I’ve come to the conclusion that we have a lot to celebrate and be proud of in our community.

This year alone, we had a record-setting number of National Merit Scholars. 27, to be exact.

A record number of seniors attended their senior retreat.

Two students initiated an event to raise money towards Down Syndrome research.

Close to 300 students participated in an “Age of Empires” battle last Thursday as a part of world history.

Every year, we raise thousands of dollars to support Family Promise, a program in downtown GR.

The list goes on and on. In essence, we live in an area of diverse opportunity where being “average” is doing at least one sport, taking honors or AP classes, and participating in other extracurriculars, while also diligently working for seven hours a day and five days a week at school. It’s mind-blowing.

The other day, I was talking to one of my peers, and hearing her recount all that her last 24 hours entailed made me bone-tired. She’d consistently been chipping away at three different papers for three different classes, writing whenever she could, even during the short breaks at her dance rehearsals. In spite of all the hustle toward finishing, however, she still was up until midnight, then crashed for two hours, woke up at 2 a.m. to continue finishing the stacks of homework from other classes, and then hurried off to school so as not to be late for her first hour.

That is heavy. While I wouldn’t wish a schedule like that upon anyway, I applaud her for her pursuit of excellence. With only two hours of sleep and probably several shots of espresso, she dragged her weary body and sleep-addled brain to school, managing to still be happy, encouraging, hardworking, and put-together, even when she internally felt so far from it. Despite her circumstances, she conquered the day, readying herself for the challenges of the next. She is why FHC is so successful. She is why I’m proud to be a Ranger.

World history teacher Brad Anderson always talks about the need for people to “improvise, adapt, and overcome,” and I actually think that many students have taken him up on that challenge. I see it every day in the classrooms, on the field, in the studio, in the gym, or wherever life takes people.