The songs I used to know 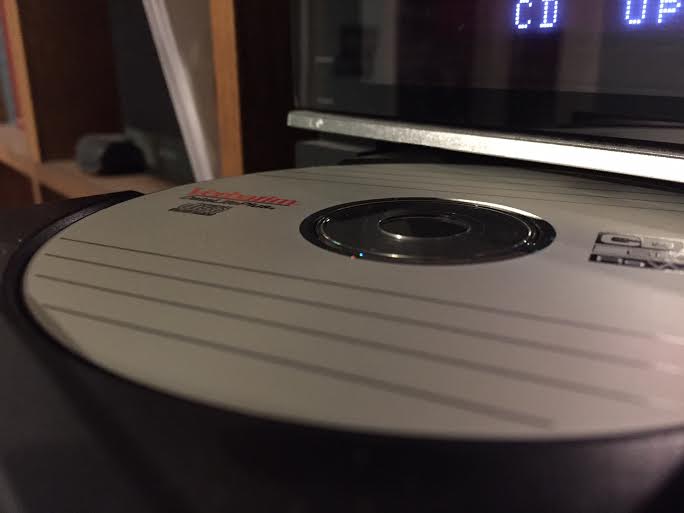 It was a bit of a surprise when the opening xylophone notes of “Somebody That I Used to Know” cruised out of my speakers earlier this week. I was certainly caught off guard by the fact that the song came from my Adele Pandora station, but what surprised me even more was just how quickly the tight smattering of percussive notes which open that song took me back to my freshman year of high school.

Listening to Gotye delineate the story of his sad breakup and irreparable relationship, I was flooded with a tidal wave of emotions which I can definitively categorize as representative of the late summer and early fall of my ninth grade year. For four minutes and five seconds, I was awash in the anger and hopelessness which characterized my first few months in Forest Hills. I listened to the song countless times during that era, as it was the second track on a CD which a good friend gave me right before I left Grosse Pointe, Michigan for Ada. Unpacking boxes in the earliest and saddest days of my move, I played that CD on a nearly constant loop. When I came home in tears after every day of my first week of school, I pressed play on those 15 songs once again. I have no idea how many times I listened to “Somebody That I Used to Know” during those months, but I’m sure the number is incredibly high. Even now, I find that most of the lyrics are still lodged in the back of my brain, easy to pull out and dust off on the rare occasions when I hear the song again.

I have no personal connection to the themes which Gotye sings about in “Somebody That I Used to Know.” What the song means to me is completely unrelated to what the song is actually about. I’ve attached a complex set of my own emotions to Gotye’s D-minor breakup song, and whenever I hear it, those emotions instantly rematerialize in my mind and hit me with surprising strength.

I’ve never really considered myself a “music person.” I don’t have a very critical ear for skilled songwriting or musicianship, and I rarely think about the lyrics of a particular song unless somebody else tells me I should. My policy is fairly simple: if a musical piece has a good tune, I’ll listen to it. My standards are low, and I’m sure that many more knowledgeable music aficionados would cringe at my disordered tastes for country, indie rock, and Christian contemporary music which span a wide distance from overtly mainstream to impossibly obscure. I pick and choose my favorite songs without rhyme or reason, but when I find one that I like, I am emphatically loyal to it. I will listen to it over and over again until it develops its own assortment of emotions and memories which are audible only to me when the notes are played.

These songs wander into my days when I least expect them to, exerting an indescribable sort of emotional power on me which draws me back to exactly who I was when I first encountered them. When I hear any song on Michael W. Smith’s 2003 album The Second Decade, I am transported back to countless trips taken in my dad’s black car to various locales across eastern Michigan. “Water,” by the no-name Christian artist Kristy Starling, places me at Neighborhood Club soccer practice, carefree and energized by crisp fall air as a seven-year-old with more interest in the post-game snacks than the sport itself. Enveloped in the driving pulse of the percussion in “Mr. Brightside,” by The Killers, I am pulled back into the innumerable Friday nights I spent dancing to the song with a particular group of close friends back in middle school, overwhelmed by the bittersweet sense of nostalgia which accompanies those happy memories. It seems that each of my cross country seasons is defined by a certain song, too: “Clarity,” by Zedd, brings me back to the perfect fall weather of the Sparta Invitational my sophomore year, while Danny Gokey’s “Hope in Front of Me” pulls me into the focused bus ride preceding junior year’s Regional meet and Thomas Rhett’s “Crash and Burn” submerges me in the humidity of this year’s car rides to and from practice with all the windows down.

The soundtrack of my life thus far covers an unbelievably vast range of genres, artists, themes, and musical styles. I won’t attempt to defend the musical value of any of the songs it contains, and I wouldn’t promote it as something that anyone else would probably enjoy listening to. For me, though, the soundtrack is grounding. My chance encounters which each of the songs on it remind me forcefully and clearly of the various people I used to be; listening to each song which I was at some point loyal to is like a meet-and-greet with all the Ally Stapletons that have existed up to this point in time. It’s comforting to know that something as simple as a few xylophone notes can remind me exactly who those people were.

As “Somebody That I Used to Know” surged through my speakers that day, I had my own conversation with somebody that I used to know, completely unrelated to the one Gotye was singing about during my four-minute reunion with my ninth-grade self. We went through a pile of past emotions and old memories in those minutes, getting back in sync with each other, gradually realizing that, though four years separate us, we are the same person. At the final xylophone strike, I waved a brief see-you-later to that self, knowing that I need only skip to track two of that old CD to meet her again.