An enthralling story of a fostered family 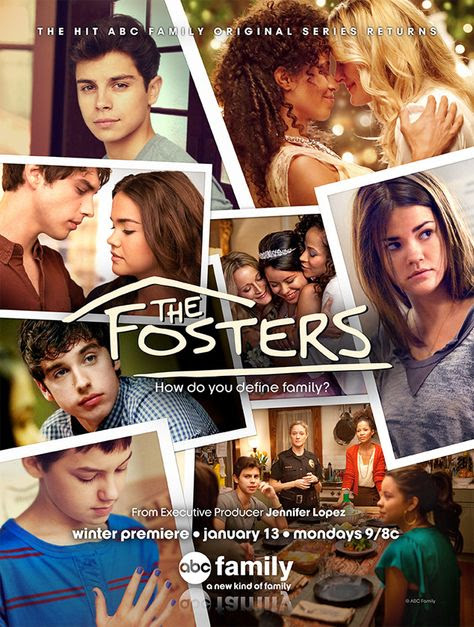 I am not one to tear up while watching a show, but the first season of The Fosters sent me on a journey of emotions.

The Fosters is a relatively new show that is stationed in California. It focuses on the lives of Callie and Jude Jacob, two kids who have been in foster care through much of their young lives, and the Foster family: Stef (Teri Polo), Lena (Sherri Saum), Brandon (David Lambert), Mariana (Cierra Ramirez), and Jesus (Jake T. Austin). The show starts out with a scene of Callie in juvie. We are not aware of what she has done yet, but it shows her release in the following scene. She is placed into the foster home of, ironically, the Foster family. Shortly after this, it is revealed that Callie has a younger brother, Jude, who she is separated from at the moment. The rest of the show then carries on the plot, following Callie and Jude’s story and how they become part of the Foster’s story.

To say the least, the acting in this show is absolutely phenomenal. Callie Jacob, played by Maia Mitchell, is a struggling teen sorting through what seems to be never-ending mountain of problems. The connection between Callie and her brother, Jude (Hayden Byerly), is identical to a real brother-sister bond. Mitchell never lets her emotion drop and her actions are oddly realistic, allowing the show to come alive and allowing personal connections to be formed between viewers and Callie. Many times throughout the season, I found myself feeling Callie’s pain and seeing a real person rather than an actor.

Honestly, every character in the TV show is cast spot on. Each has their own way of becoming the character and creating an atmosphere that is perceived as real life rather than just another “teen drama.” Each actor feels the pain and emotion of the character they are playing, which allows them to act accordingly. There are no other actors I can see stepping in the place of any of the characters. The cast and the way each one becomes their character makes the show seem so real. Sometimes, I find myself in the show, wrapped up in the story, and completely unaware of anything around me. I find that the lack of “acting,” and the way each actor has truly found their character, leads to an emotional attachment to the show.

Several times I have caught myself not being able to stop watching the show. I become so absorbed in the episodes that I completely zone out of the real world. There is never a moment where I am bored. The plot is constantly carrying something that keeps a grip on my attention and makes me crave to find out what is to come. I often don’t even glance at the time to see how long the TV show has held me captive. On a scale from 1 to binge, this show will keep you binge-watching until you absolutely have to stop, and even then, I often can’t force myself to turn it off.

Each new scene was a turn in my journey of emotions, and I was constantly being fed plot twists, relationships, and drama. Throughout the entire first season, and yes, I did watch it in under a week, I was engrossed in the show. Every one of the 43 minutes in the 21 episodes of the first season was jam-packed, but somehow, I was always left hungry for more. I was relieved to discover the second season was on Netflix as I came to a close with the first. The first episode of the second season has already captivated me, and I remain addicted to the show. I found myself wanting more after the first season, and that is exactly what I got.

There’s nothing to really compare The Fosters to. The show is its own mix of emotion, learning, growth, drama, and so much more. It carries a plot I haven’t seen in pretty much any other show; you will remain entertained through each second of every episode and you will always be left at the end of an episode begging for more. Watching the lives of the characters may even teach you some important life lessons. If you are looking for a show to be completely wrapped up in, give The Fosters a chance. Your emotions will be swindled with each episode.