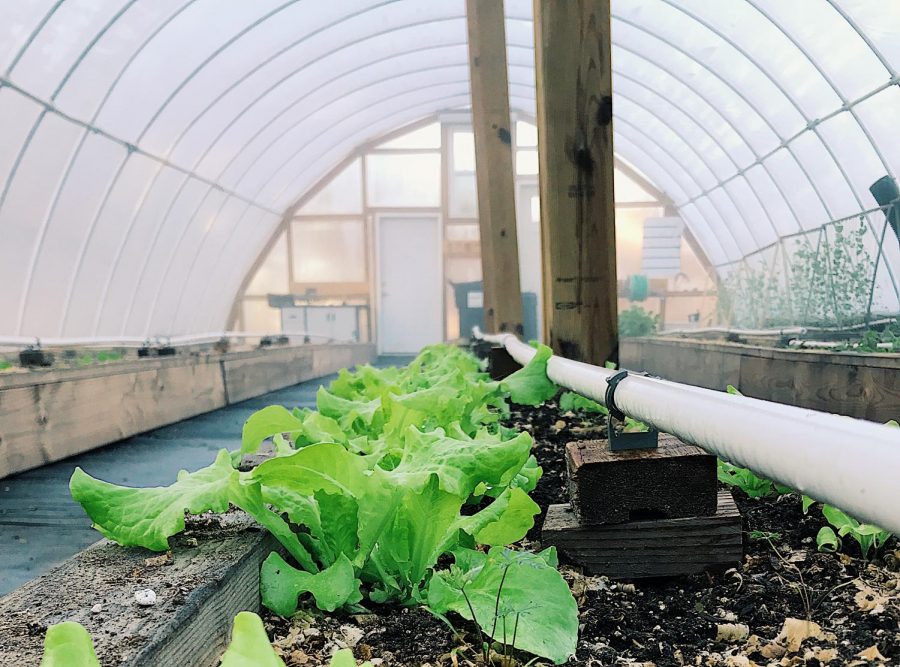 More than my usual watering, this week I had the opportunity to run the irrigating system in the greenhouse. In theory, it’s seemingly a complicated process to coordinate, but because of the amount of work done ahead of time, it was practically seamless. One complication was the minor flooding in the aisles between the rows of the greenhouse due to the water being absorbed, flowing down to the ground, and then rising to flood the rows. As temperatures continue to decrease, fixing that problem will be imperative to the safety of the plants. Another problem stemming from the colder weather we must address concerns the flats of sprouts in the ceramics room. Now, instead of watering flats every day, we’ll be moving toward only watering three times a week (Monday, Wednesday, Friday).

Aside from watering, a continuing task from previous weeks is tying up the sugar snap peas so they can grow more to their full potential. Several balls of string later and we still have not finished tying them. Next week, we will definitely make more progress on them.

This week, we really focused solely on one thing: our outdoor project. We made a little progress last week, but the majority of the work was done this week. We have moved on to the left side of the path and have been planting a lot more flowers. Since the temperature has dropped, the wildflowers, in the field to the left of the greenhouse, have been losing their petals, making it a lot harder to find them. Even though they are dying we are still digging them up and planting them in hopes that their roots will become strong and they will grow a lot bigger. It doesn’t look the prettiest right now, but you can tell that a lot of work has been done preparing them for the flowers to grow in the spring. The 5th-hour greenhouse gals had a very productive week, but we really focused all our time on one fairly big and time-consuming project rather than a bunch of small tasks. I really enjoyed being outside of the greenhouse this week, while it was very, very cold, it will probably be one of the last few weeks

Since we worked outside every day, there was little time to read my book in class. I decided to read a bit of it at home. This week I read about how, “When truly present in nature, we do use all our senses at the same time, which is the optimum state of learning” (Louv 25). I thought it was interesting that last week I wrote about how much I enjoyed being out of the classroom and in nature, and this week, I read about how you learn better outdoors.

This week in the greenhouse was chilly, but we still made a lot of progress. We had the chance to work outside for most of the week planting wildflowers outside of the greenhouse. Our hope is that they will grow back in the spring and line the pathway. We have re-planted a wide variety of flowers from around the outside of the greenhouse, ranging from tall purple bunches to tiny yellow ones. It will look beautiful when they grow back!

Besides planting outside, we have continued to work on tying all of the pea plants in box A, so that the vines grow up along the strings. Some of them are getting super tall already! We also took out the paper gator bins this week which were filled to the brim and visited the lunchroom to take out the compost. Overall, it was a fun week, and I’m excited to continue working.

This week, we continued our landscaping project. As temperatures began to drop, we had to work at a faster pace. The soil became a little bit harder to dig with the cooler conditions, but we still made significant progress. At this point, we have planted flowers in an “L” shape lining the greenhouse path. Our next step is to fill in the middle area to make our display more plentiful. Currently, the flowers do not appear as beautiful as they do in warmer months, but we are essentially just planting roots so that they will return where we placed them in the spring. Until the ground freezes over, the roots of the plants will continue to grow, hopefully enough to establish a foundation for the plants to return.

Our snap pea plants have grown so much! As they’ve gotten longer, we’ve been able to tie more and more of them up to the trellises to allow them to grow vertically. Each day before heading out to landscape, Kara, Maria and I had the opportunity to tie a few more plants.

The greenhouse is looking “greener” every time we walk in. All the plants have grown so much; there are sprouts in every box. The different lettuce plants are all filling out, as the spinach seeds have just begun to sprout, and the carrots and kale are rapidly growing as well. On Friday, we noticed that if we moved the radish leaves to the side, we could see the tops of bright red radishes forming underneath the soil.

One of my favorite parts of this independent study is the time I get to spend outside. For me, this was a busy and stressful week, and the hour I spend in nature makes all the difference. Working on our landscape in front of the greenhouse allowed time for me to take a deep breath and collect myself while still learning new things. It was like a sigh of relief during my day. With constant tests and quizzes, it’s nice to take a break from typical classroom learning and do something hands on. I always return back to my 6th hour with a better mental focus and a happier mindset after taking in some fresh air. 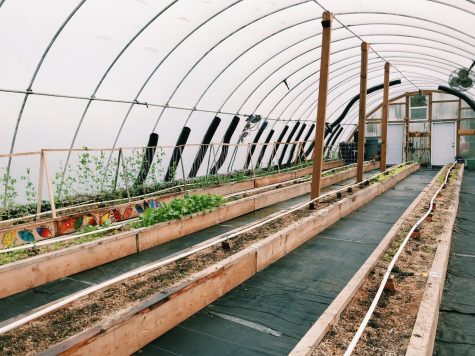 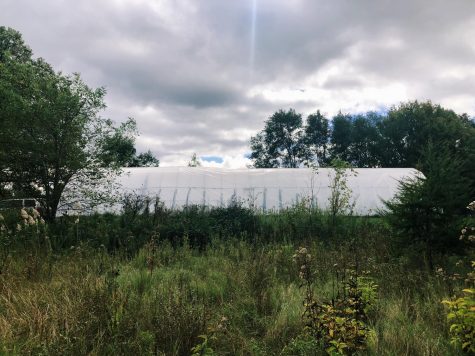 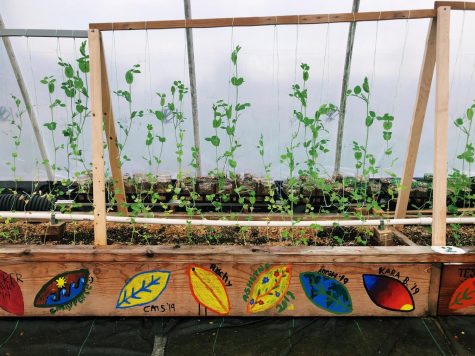