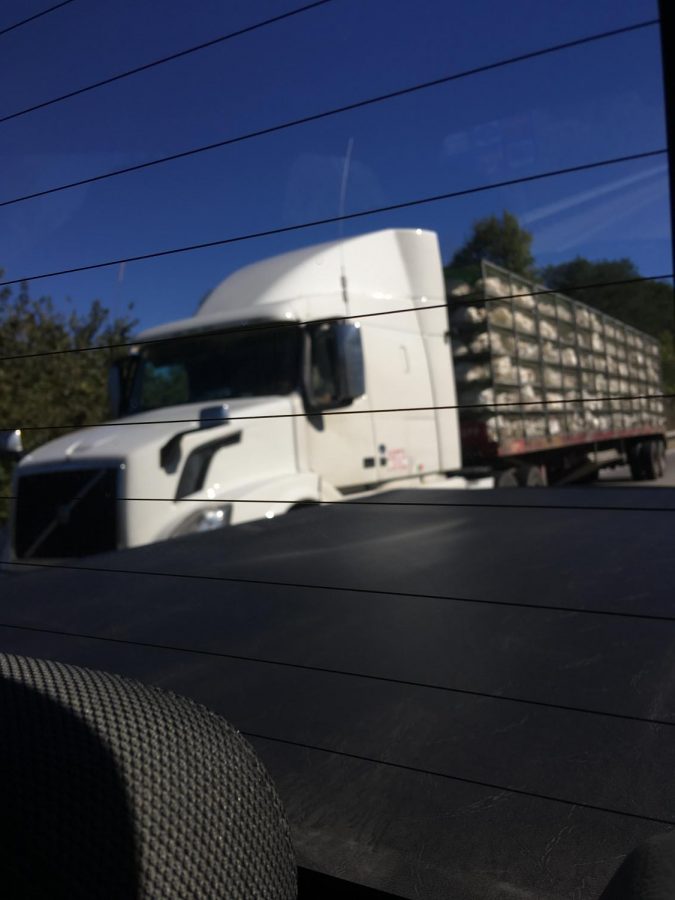 At first, I thought it was snow falling. Then I realized that would be silly because I was in Tennessee. I looked up questioningly, though, because if it wasn’t snowing then what was the white stuff falling past the car windows?

Once I realized it was feathers, I started looking around wondering where they might be coming from.

I don’t know what I was expecting, but it wasn’t an open truck of turkey cages. 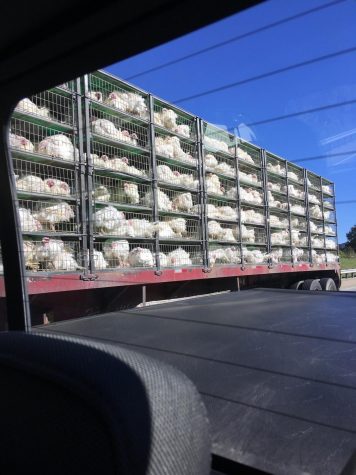 We slowly started to pull up next to the truck, and as we got closer, the feathers went from a sprinkling of snow to a storm of white.

“That’s one way to get the feathers off,” was the first, sordid thought that came to mind.

At first, I was horrified but consoled myself at the fact that they were at least dead.

Turns out they weren’t.

When we finally pulled up next to the semi, I actually made eye contact with one of the turkeys huddled in the cages. There were so many of them pushed into hundreds of cages stacked on top of each other; they huddled even closer, probably to stay warm. And they were watching us go by. Eyes slowly blinking at the cars flying past. 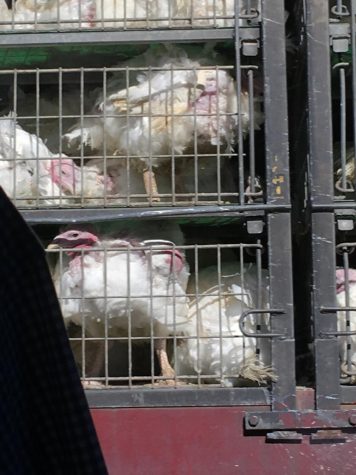 I’d honestly never really thought much about the life of the turkeys that end up on our tables at Thanksgiving. I’d certainly never imagined they traveled in such a horrific way. They must have been freezing. And getting colder and colder as their feathers were ripped off and sent flying in the wind.

Watching those poor birds go by and wondering what their lives have consisted of had a sobering effect. When my family attempted being vegan for a few months I endured a plethora of quips about “being nice to the poor animals.” Which wasn’t even the reason my family made the decision. But after seeing what I did this weekend, maybe it should have been.