Telling myself third is okay 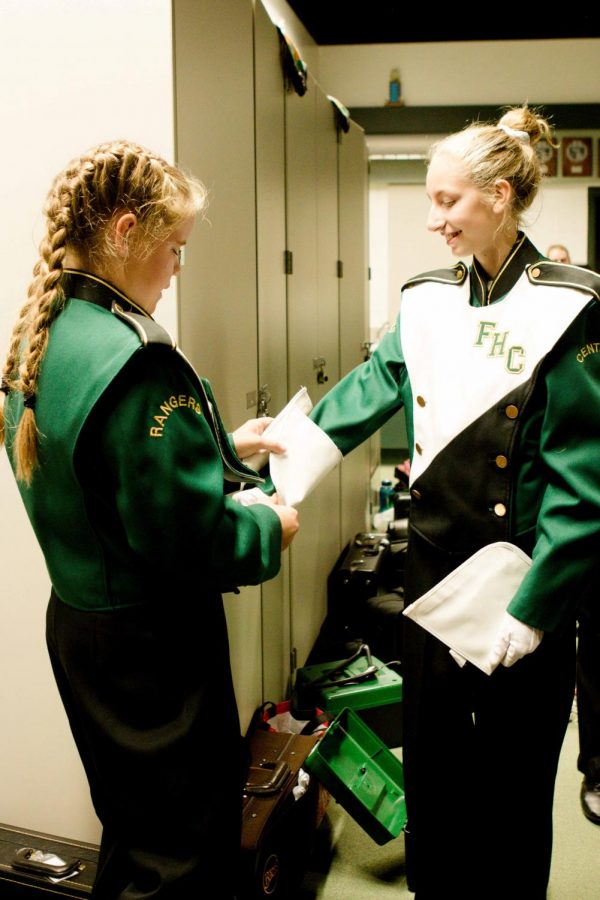 As I anxiously approached the 8×11 sheet of computer paper tacked to the band bulletin board, I ran through the chair test I played for Miss Zilhaver days earlier. I pictured each fumbled note, each unconfident rhythm, and each mistake that docked points off my score. Needless to say, I wasn’t walking with confidence to the sheet of paper that contained my results from the chair test.

The results on the feather-light paper hanging on the bulletin board placed a brick-heavy weight on my shoulders.

Four days prior to the moments I hesitantly trudged to the paper on the board, I was playing short excerpts from a song that would determine which chair I would sit in for the rest of the semester. In band, seats aren’t random. We don’t sit in a chair every day on a whim, changing our seat with the phases of the moon. We play an excerpt of a song and how well we prepare and perform our part chooses our chair for us.

The three minutes I played four days earlier assigned my chair, which was typed on the computer paper fastened to the board. A group of other nervous students huddled around the paper, either smiling with satisfaction or departing with disappointment.

When an opening cleared, I haphazardly headed up to the paper. My eyes quickly scanned past each bolded instrument with long lists of names underneath until I spotted the trumpet section.

I saw name after name, going lower and lower until I finally found mine.

“Abby Wright” was second to last in the trumpet section. I was listed under “Third,” along with one other name following mine. I was a third trumpet. I’ve never been a third trumpet.

Any rational explanation for why I performed so badly was clouded by the heavy disappointment I felt; it was pulling me further and further away from a clear mind with each step I took away from the bulletin board.

I had to persistently punch doubts about my abilities as a trumpet player out of my mind because I knew my head would stay foggy if the little doubt droplets started to pile up.

The initial shock of being third part in a world where I’m used to first and second took me by complete surprise. First part will always be prominently heard, and this year I have to transition from that to third. I’m not used to playing the distant countermelodies with obnoxiously low notes that are masked by first part’s distinct melodies and crisp high notes

I’m not used to third, but I’m trying to tell myself that the sudden switch in parts will be good for me. It may not be challenging in the sense that the notes are higher and the rhythms are more complex, but it will challenge my views of third part. It’s always had a negative connotation to it, but after playing it for a few days, I am learning to appreciate it. Third part is usually hidden and unheard, but what I am playing is so different than the other parts that it deserves to be heard.

Making music isn’t about which part you play, it’s about how you play it. And I intend to play third with as much passion and precision as I would first.

I’m hoping that the stigma surrounding third part will slowly fade away as I immerse myself into the unusual rhythms and melodies.

After days of reminding myself that third is okay, I’m starting to believe it more and more every day. Because third is okay, and it’s nothing to be ashamed of.