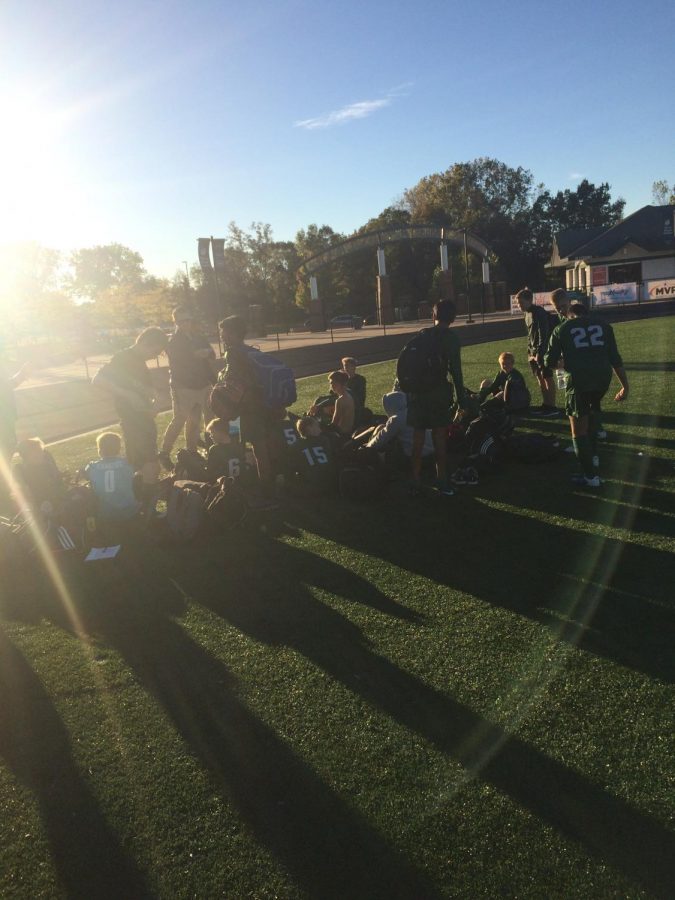 The JV boys soccer team battled through thick and thin to end its competitive season 9-8-1. Their season started out slow, as the Rangers began 0-3 until the start of conference play, where they pushed to an even 3-3 record. The team was led by sophomore captains Matthew Mahoney and Mason Corcoran. In addition to the two sophomores was freshman captain Ben Taylor, who was a key player for the strong offense. The Rangers flew through conference play to finish 9-2-1 in the OK White, which was a massive accomplishment considering the bumpy start.

“I’m very proud of how we progressed throughout the season,” Matthew said. “We started off with not such a great team, but anything you can think of, we improved on it.”

The season started out with three tough non-conference games that FHC ended up losing; however, it was a learning curve for the boys. After the first three games, it was obvious that things would change, which led to a definite turning point for the team. Once conference play started, the Rangers found their groove and began winning. The only conference team that managed to stop them was Forest Hills Northern. With a very strong attack and pristine defense, the Huskies took down the Rangers 2-1 the first game and 2-0 the second. The Wildcats of Northview also gave the Rangers a run for their money, with a game that ended in a 2-2 tie.

“The hardest part about playing Northern was their pace and intensity,” Head coach Paul Kramer said.

The team was made up of an impressive mix of freshmen and sophomores who led FHC to a spectacular winning season. A few key players this season were freshman Ryan Fitzgerald and sophomore Alex Dellinger, who traded off every other game as goalkeeper. Both of them assisted their defense by making many game-crucial saves, and they overall helped better the outcome of the team’s record.

“Both [goalies] matured throughout the season and were a huge part to the team this year,” sophomore Brady Price said. “I’m looking forward to watching them continue playing soccer at FHC.”

The striking force of the team consisted of a varying arrangement of talented players. Up top were freshmen Joe Robertson and Bryce Notarnicola. These two really stepped up as underclassmen by leading the strong offense to many scoring opportunities. The defensive threats consisted of sophomore Rodrick DeOliveira, freshman Wilson Godfrey, and many more. They were all key to the success of the season and are expected to have a great future on the FHC varsity soccer team in years to come.

“[Something we’ve improved on] is our passing, and our ability to recognize and attack space,” Kramer said. “We’ve come a long way since the beginning.”