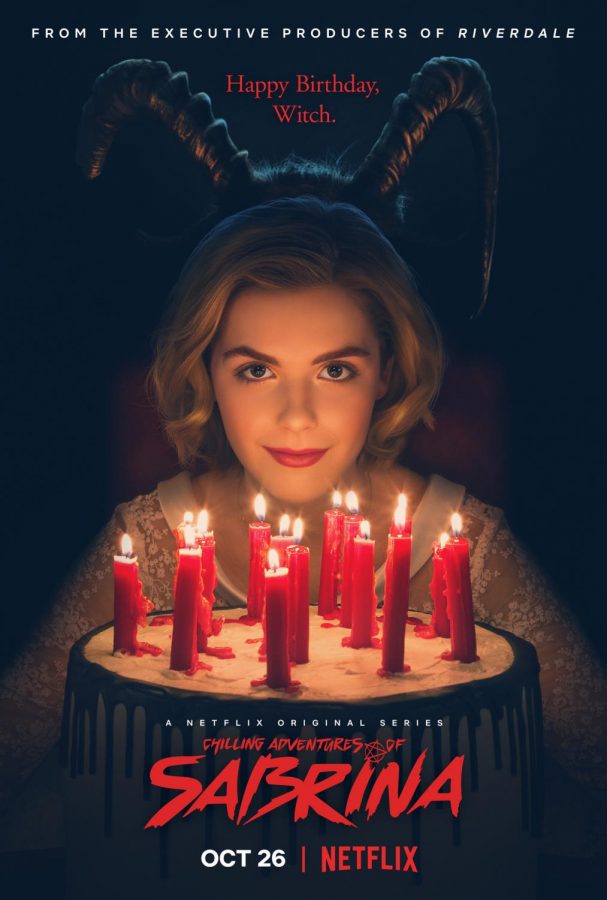 As the opening credits rolled across my screen, it was obvious that this Sabrina would be far different from the Sabrina of my childhood. Growing up, Sabrina was a fun-loving cartoon half-witch, but while watching the first episode, it felt as though Sabrina had matured with me.

While it was still the same basis as the Sabrina I saw as a kid, her adventures in The Chilling Adventures of Sabrina took a darker, more mature turn. Certainly nothing I would classify as horror or put in an adult-only section, but there’s no doubt this show was not made for an audience of ten-year-olds.

Kiernan Shipka (Sabrina Spellman) portrayed this more mature Sabrina beautifully. She stayed true to Sabrina’s personality while transforming her in a way that deepened her further than a 2D cartoon could ever hope to. Not only that, but she took that more mature Sabrina and worked to develop her over the course of the first season. The way she and Ross Lynch, who portrays character Harvey Kinkle, interact together had me caught up in their characters’ love story from the first episode to the last.

The myriad of other actors obviously take their roles very seriously and made each character deep and well-rounded; any of the characters could have a show all on their own, yet it never really feels as though the other characters’ development and side stories are getting in the way of the main picture, only enhancing it. They intricately weave like a spider web, leading you to become deeply invested in the lives of every character on the screen without taking away from Sabrina and her story.

And, her story is certainly an interesting one. The daughter of a warlock and a human, Sabrina is faced with a major life decision of which path she will choose: that of her human mother or her warlock father, both of whom are no longer alive. She is being raised by her two witch aunts in a human town. Meaning, she has a foot in both worlds.

Her journey to that decision is filled with demonic principals, actual demons, some crazy witches aptly named “the weird sisters,” murder, voodoo dolls, and the plights that face every sixteen-year-old in high school (which are possibly scarier than the demons).