The FHPS bond proposal: what it is and why the district is asking for $130 million 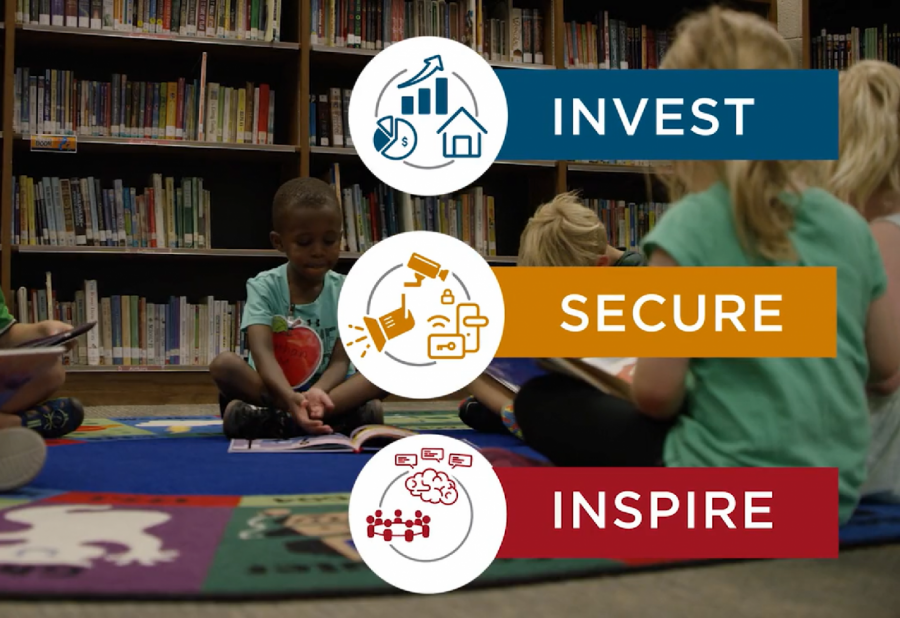 The midterm elections are almost upon us. On Nov 6, voters in our community will use their voice and civic duty to decide upon legislatures, governor, and more. However, voters in the Forest Hills area will have a particular issue to vote upon that is very near and dear to FHPS.

In this Q&A, Superintendent Dan Behm answers vital questions regarding the bond proposal that voters and Forest Hills residents need the answers to.

Q: “What is going to be on ballots in November?”

A: “So there’s a lot on the ballot, but for Forest Hills Public Schools specifically, we’ve got this bond question, which is a way for the school district to receive money from bondholders. Then, we pay those people back with taxes over time.”

Q: “What is the need for this bond?

A: “If it were passed, we would be able, over the next eight years, to go in and renovate every classroom in the district– 500 plus classrooms. That’ll be the biggest impact that students experience and people see. The other thing that it will do is protect our general funds of the district because we’ve got bond funds to repair the roof, fix the boiler, buy the school bus. Therefore, our general fund stays whole to make investments in hiring the best teachers, reducing class sizes, and buying instructional equipment that we might need in the classrooms.”

Q: “What does the bond’s intent of ‘Invest, Secure, Inspire’ mean?”

A: “‘Invest, Secure, Inspire’ are the three ‘buckets’ for this bond. The ‘Invest’ is really about all of those boring things that we need to do to take care of a building. The ‘Invest’ part is all about replacing those things when they come to the end of their useful life. That is 25 percent of the $130 million.

‘Secure’ is 20 percent of the budget, and that’s really about making sure that our schools are safe and secure for everyone who comes to them. So that might be things such as making sure door locking and unlocking systems are working.

The ‘Inspire’ category is all about making sure not only our classrooms, but any place where learning is taking place, have the type of forms that are going to support the type of instruction that our students need. We learn, as human beings, by doing things; we don’t learn by sitting, listening to people, and imagining doing something. We want more of high school to be about students actually practicing with the type of knowledge and skill sets they need to be successful in the adult world. That requires us changing the forms of these instructional spaces. That’s essentially the ‘Inspire’ category.”

Q: “The ‘Inspire’ category is 55% of the bond. Why is that of such interest to the district?”

A: “We have a lot of classrooms that are designed in a way that it’s oriented that the teacher is the source of knowledge and information. That might’ve been the case in 1970, but today that’s no longer the case where the teacher is the sole source of knowledge and information. What we’re finding today is that we want spaces where students are practicing and applying the things that they’re learning in the instructional space. Those spaces need to look different; they need to be more flexible instead of these big, heavy- what they call sled- desks, where the seat and the desk are all attached together in one unit. It needs to be where we could change the furniture arrangement in 30 seconds and rearrange. We want to have that flexibility right now with the type of furniture we have, but it’s not designed to do that. When we try to rearrange classrooms, we’re losing lots of instructional time– that time adds up over the course of a school year. The second bonus is having actual environments support what it is we’re trying to do. [We’ve] got a furniture environment that supports lecture teaching only, but what [we’re] trying to do is get students to work on interdisciplinary projects over periods of time. We have a building that was designed in such a way that one size fits every instructional purpose. What we know today is that we have a diverse set of instructional purposes, so we need a diverse style of educational environments and classrooms and furniture arrangements.”

Q: “How would the bond affect the average FHC student?”

A: “[In the form of] classroom renovations. We’re going to break that up into three phases. So if we were to come into FHC, we’d plan on doing that work in the summer of 2020 where we begin with phase one of classroom renovations. I know that seems like a way out, but if we get approval in November, we won’t issue the bonds until the spring when any money comes in. Then we need to work with the design of how are we going to remake this space. FHC ’s our oldest high school. It’s been added onto seven different times. It’s kind of broken up into different spaces. We’d like to make it more modern. We’d like to bring in more natural light. We’d like to break up some of the classrooms. For instance, removing a classroom from [a hallway] so it kind of bulges out where that classroom used to be, and now, you have kind of a gathering spot there. Maybe that becomes more of a common area that has more comfortable furniture. The notion is that with these redesigns of these instructional spaces, learning just doesn’t happen in classrooms. It can happen all over, and we want spaces that can support wherever learning’s taking place. Changes in lighting, changes in the layout, changes in the furniture, in the classrooms, in technology hardware [could all contribute to this].”

Q: “Why is the district asking for such a large sum of money?”

A: “It’s a large sum because we’re a big district. We’re in the top five percent of districts in the state in terms of size. We’ve got 2 million square feet of building space. We’ve got 650 acres. We’ve got 26 buildings. So, it’s a lot to take care of. The other thing is we’re looking to do these projects over a longer span of time through 2027. That’s longer than what we’ve done in the past. So we’re trying to be more efficient about how often we go to the ballot. There’s actually a cost when you go and have an election. So for this election, we actually get a bill from Kent County to pay for the election. We don’t want to have to do that more often than we need to.”

A: “You can kind of think of a bond as like a mortgage on a house. [The bank] gives you [a loan], and they say pay us back over 25 years. Bonds are similar; we [will repay] over 15 years, and there’s an interest cost. And so the money we need to repay it is what we [will raise] from all the property owners. So bondholders are people who have lots of cash. They will be the ones who give the school district money when we go and issue those bonds.

Q: “What would this mean for taxpayers?”

A: “The good news is that the taxes we pay over time would not increase from any taxes we’ve been paying in the past. And, in fact, they will decrease because we’ve got some old bonds that will have fully paid off.”

Q: “So what would you say to the average citizen preparing to vote on Nov. 6?”

A: “I would say to them that our schools are strong because our community over the decades has invested in quality. This bond issue allows Forest Hills to continue with a quality, educational experience while also evolving to meet the needs of students and our economy in the 21st century.”