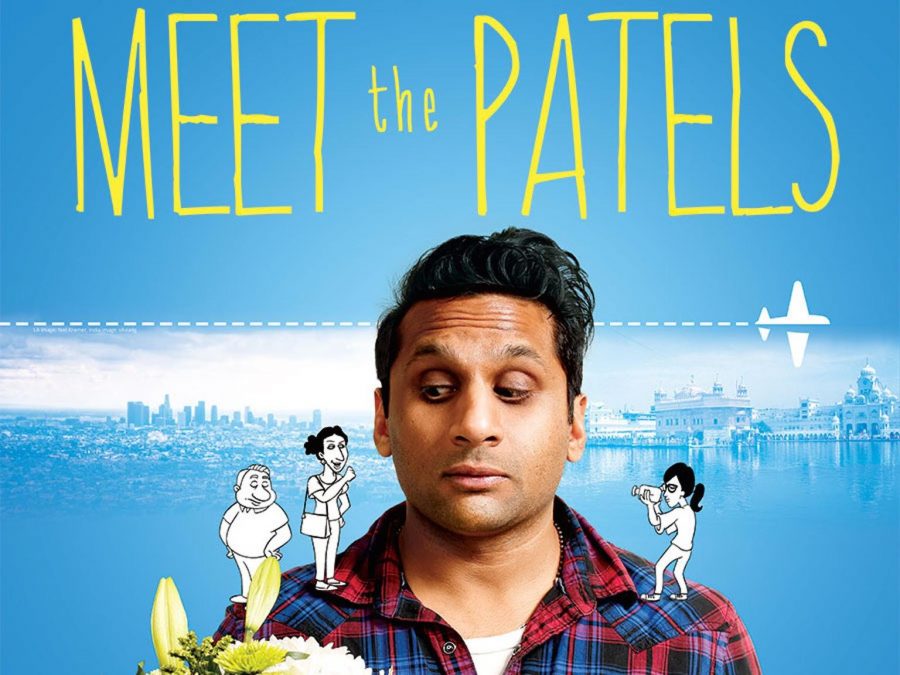 Marriage is a pretty big deal. It’s a massive commitment, and requires much thought and time in most cases. Most people take years to find the right person for them, and it’s often a process that… isn’t really a process. Some people may just stumble upon their future husband or wife, but this doesn’t seem to be the case for Ravi Patel.

Meet The Patels is an indie comedy/documentary centered around the true story of Ravi Patel and his quest for love. The movie is filmed mostly by Ravi’s sister, Geeta Patel, and follows the Patels around India and America. Full of Ravi’s sarcastic sense of humor and animated interviews taking the place of filmed ones, the documentary keeps a lighthearted perspective even during the less cheerful parts. In the Patel family, Patels marry Patels and this continues on and on. As Ravi says multiple times throughout the movie, “It’s not incest, it just means that they’re from a certain 50-square mile radius in India.”

The film begins with Ravi breaking up with his white girlfriend of 2 years who his parents knew absolutely nothing about, as he feared that they would disapprove of his relationship. Ravi’s parents are disappointed by the fact that he is almost 30 years old and single, so they decide to take matters into their own hands and try to find a soulmate for him.

The movie’s filming style is similar to a home movie, and while the video quality isn’t professional by any means, I found that it added a nice perspective of what the Patel family is really like. Ravi’s narration throughout the movie also shows his personality very well, whether he is confused out of his mind or determined to find his future wife.

The documentary centers around the Patel tradition of only marrying other Patels, and follows Ravi into India with his family, where “everyone is that annoying aunt or uncle,” according to Ravi. His family constantly pressures him to get married as soon as possible, even suggesting that he marries a woman after a mere single date. This idea shocked me, and I almost could not believe that this really happened, even though it is a deeply cultural tradition. In America the Patels use something called biodata, which is a form that shows traits such as skin tone, horoscope, and more. Biodata is shared all across the Patels, and it’s like a dating form that is filled out. Ravi goes to weddings, matrimonial websites, dating websites, and even the “Patel Matrimonial Convention” on his quest for love.

I was pleasantly surprised by Meet The Patels. Coming into it, I didn’t have very high expectations as it was just something on Netflix that looked interesting. I don’t regret watching Meet The Patels one bit- I’d even recommend it to anyone looking for something new to watch.