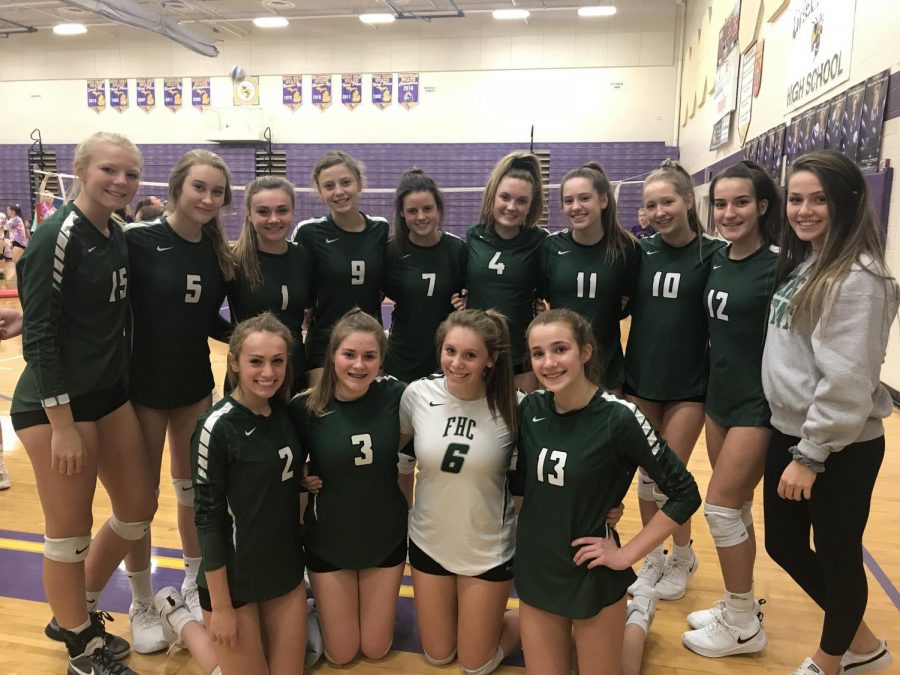 After losing to the Forest Hills Northern Huskies in the opening conference match in the third set, the girls JV volleyball team was only able to improve and dominate for the rest of their season, leading them to be OK White conference champions.

The Rangers were able to win almost every match they played 2-0, after their loss to the Huskies, with only having a couple of close games. FHC beat Greenville, Lowell, Ottawa Hills, Cedar Springs, and Northview both times, and they beat FHN the second time.

“After we played Northern during our first conference game, I think our season really changed,” Rachel said. “We lost and it kind of gave us a wake-up call because we knew we should have beat them.”

FHCs’ most challenging game throughout the season would be the first time they played Northview. The Rangers came out and dominated against the Wildcats, but during the second set, they lost some of their momentum. In the third set, they had to come together as a team and win the game; that was when the team truly became one.

“We all realize we needed to pick it up because we could not lose the [Northview] game,” sophomore Lilly Vanskiver said. “So we had a timeout to talk to each other and told [our coach] that we could do it, and we started running different plays, switching to different positions, and started working together much better.”

“Remmie constantly played well and always brought the team up with her laughter,” Rachel said. “She also worked really hard and was always there to improve.”

“We need to work on becoming closer as a team at the beginning of the season,” Lilly said. “We also need to find out how and in what scenario we play well in.”