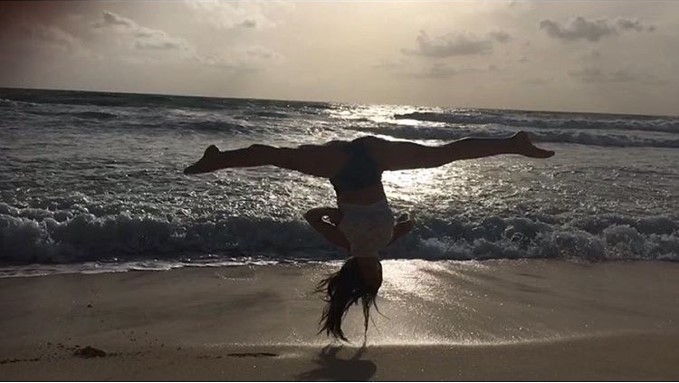 From the age of eleven, sophomore Morgan Mittlestadt has been moving from city to city. This constant pattern of being uprooted has presented challenges for Morgan, but through hard work and discipline, she has been able to turn these hardships into life lessons that she will keep with her forever.

For the beginning years of her life, Morgan’s family lived in Green Bay, Wisconsin. There, she went to Holy Family, a Catholic School, and began dancing with her sister, Lauren. She and her family were forced to move, though, after father got a new job offer in a suburb of Chicago.

“I think [during] my first time [moving], it was hard to move away from a place I had known and had been my whole life,” Morgan said. “Although, I can’t really think about what my life would be if I was still there. I don’t think I’d even be close to the same person. It was just hard leaving where I grew up and where I was born because I have a lot of connections to the town, even though I haven’t been there in a while.”

This was just the beginning, though. After living in Chicago for three years, Morgan was uprooted yet again.

“The people were harder to leave [in Chicago] because I was older and that was more real,” Morgan said. “I feel some things have been taken away from me. I came here in high school, and most of the people have known each other since preschool and have gone through every single step of school together.”

Missing out on jokes, field trips, and memories of favorite teachers have been hard. However, due to her older age and her experience with previous moves, Morgan was able to turn her move to FHC into an important life lesson.

However, the hardships of moving haven’t been all bad. Because of her experiences with being at a new school, Morgan is always ready to make an effort to help someone in the same situation.

“I think it’s made me more emphatic,” Morgan said, “because I know how much it sucks to be the new kid and not have someone to talk to. If I ever see someone by themselves, I try to talk to them. I just hope that I can help people not go through the same thing that I had to.”

Another thing that she has brought with her from her very first move is her passion: dance. Morgan is a member of the FHC Varsity Dance Team, as well as Imprint Dance Company. Dancing on two teams can be hard because the practices go late and long, and she doesn’t get very much time in between. This, however, has also led her to learn more about herself.

“It teaches me to be hard on myself,” Morgan said. “I probably expect a lot of myself. Dance is a thing where you can be taught how to do it, but you also have to teach yourself how to do it. You have to know yourself. It definitely teaches me to hold myself accountable.”

Overcoming has been something that Morgan has had to do from a very young age, but she has not let it turn her into something she’s not. Where some may have let themselves become broken, Morgan made the decision to be more empathetic, work hard, help others, and become stronger.

From dealing with the pressures of high school, her limited free time, and transitioning from place to place, Morgan has done it all. Now, she’s better because of it. She has been settling in at FHC for over year now, and it seems to be just the right place for her.