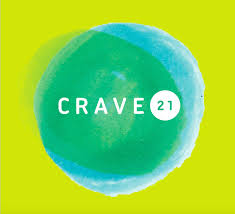 Project Chuck was back again this year as high schoolers made their way down to CMS in January to spread the news about drugs and alcohol to the middle schoolers. For those who don’t remember, the program teaches the 7th and 8th graders how to avoid illegal substances and stay on the right track in high school. In previous years, the gymnasium was used as the classroom for this instruction; but as Jackie Roberts, a counselor and leader of the Project Chuck program pointed out, this only allowed the kids who took a gym class to hear what the high schoolers had to stay.

This year, the program was revamped and rejuvenated into something brand new. The goal was to get all 8th graders to hear the instruction by giving them a one day relief from their English class on either Monday or Wednesday. Another new and extremely important part of the curriculum being brought in was about addiction and the science behind it.

“We realized that we hadn’t done nearly enough to educate students around the science of addiction and why it is so important to stay away from alcohol until you are 21 and avoid nonprescription drugs completely,” said Roberts.

The new program, called Crave 21, was added to Project Chuck this year and teaches kids about how the brain is affected by drugs and alcohol and why it is so dangerous.

“We talk about how you shouldn’t drink until you’re at the right age,” said Sarah Buchanan, an 8th grader talking about Crave 21. She elaborated on the other goals of the program talking about how, “People give up something for twenty one days so they know what it’s like to have an addiction. They have to give up something they crave so they can feel what it’s like to have an addiction and try to get out of it.”

As an example, Roberts gave up dark chocolate for three weeks to show the kids how it was possible to stay away from something even if it was hard to give up. The high schoolers also talked about possible things they could give up that would be like beating an addiction. Along with that, as with past years, the high school leaders of each group would bring up topics such as drinking and smoking.

“We would generally tell the kids the negative effects of being involved with drinking and smoking in high school,” said Molly Dlugos, senior and Project Chuck leader for the high schoolers. “We also would answer any questions about high school in general. We just want them to have knowledge of what to expect.”

There would generally be a couple of high schoolers for eight middle schoolers, and after watching an intro video on Crave 21, the group would launch into discussion about expectations, peer pressure, and how to avoid them.

Talking about what her goals were for the eighth graders, Roberts said, “I think it helped them to think about their choices before they make them, especially right before they go to high school when they’re probably going to get asked to do stuff.”

And this was the hope for everyone involved with the program this year. To be more real with the incoming freshmen on what they can expect when they walk into the building next year, and increasingly get them to actively think about the choices they are going to be forced to make.

From the middle school side, Buchanan stated that, “They talked about how you’re going to probably go to a party eventually and you’re probably going to peer pressured, but you just have to say no and tell them that you’re not going to do stuff like that.”

Dlugos also mentioned that this year the focus was more about hitting at a personal level, which stemmed from the new format of Project Chuck. By taking kids out of a core class, the administration showed how important they felt the instruction was. The high schoolers also tried to reach the eighth graders at a deeper level by relating to their experiences. Since they’d been in that position and been given the same talk just a few years ago, they knew how to connect to them better.

As Ruchir Gupta, the other senior leader of Project Chuck, said, “It was successful because we have a more meaningful and relatable experience with the CMS kids than the adults do.”

Roberts had a similar opinion on the matter.

“I believe high school students that are walking the talk of making good choices have so much power to change perceptions not just for middle school students, but for their high school peers as well,” said Roberts. “Adults can talk “at” students as they try to remember what it was like in middle and high school. High school students are living the challenges of being in school now with academic and social pressures.”

And hopefully the leaders got through to the CMS kids in sharing that they need to wait when it comes to things like alcohol until they are the appropriate age. The high school leaders also delved into some of the science behind addictions and why it is better to wait until twenty one to drink. The brain is still developing and the “hierarchy of needs” that includes food, water, sleep, and exercise can be hijacked by drugs or alcohol if a person’s body isn’t ready for it yet.

Another area of discussion that the middle schoolers experienced was on positive and negative peer pressure. The high schoolers openly talked about any experiences they had been put in, and how they would advise another person to act in a similar situation. As for how much of this information got through, Gupta said, “The middle schoolers were good listeners and as we shared more, they opened up and talked about their experiences they have had or seen with addictions.”

Dlugos jokingly added, “Middle schoolers are middle schoolers, and they think they are too cool for a lot of things, but the reactions were good. Hopefully they have a better outlook on high school and what goes on.”

As for the future of the program, the leaders hope to continue in the direction they moved this year, focusing on addiction and the science behind why it happens and how to prevent it. They also like the fact that more CMS kids were able to hear the high schoolers talk and get the information they need before they head off to CHS.

“Next year, I hope to promote and encourage more dialogue with the middle school students,” said Roberts. “As we move forward, I hope that the awareness and dialogue continue so we’ll have more students ready to represent Project Chuck by modeling healthy behavior.”