Katie Frazer branches out and finds a passion in helping people 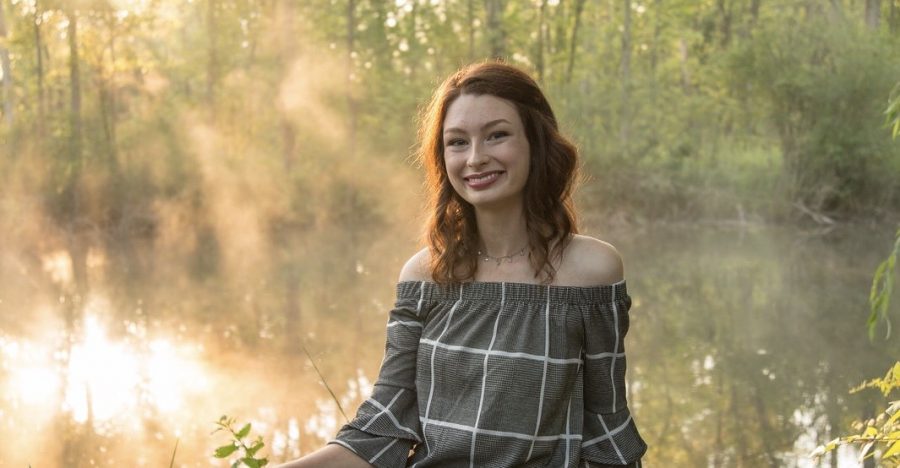 One of the most notable things about high school is the rush to find something you love to do and a field you want to work in for the rest of your life. For senior Katie Frazer, however, the path was clear; she always knew what she wanted to do.

When looking at colleges, Katie made sure to major in nursing. She has been accepted to Grand Valley State University and plans to attend there next fall.

“I’ve always wanted to help people,” Katie said. “When I was picking colleges, picking a career, or trying to pick a career path, I’ve been looking at things that promote helping people, and this is something that I feel interested in.”

Nursing wasn’t always her first option; her initial plan was joining the military. However, fate had another plan for her, and due to her autoimmune disease, she was unable to sign up. Despite this, she still wanted to help people in any way that she could.

“I wanted to do something that helped people,” Katie said. “I decided that doing something where I could help people that do serve [our country] would be what I wanted to do.”

Helping people is not Katie’s only hobby; track is also a big aspiration of hers. Katie has been running since seventh grade.

“Both my parents and my brothers are very athletic,” Katie said. “I am very uncoordinated, so I decided that track would be a good sport to spring into other things. I ended up liking it a lot, so I stuck with it.”

As with every sport, a welcoming community came with it, and Katie was soon accepted and quickly became apart of the traditions. One of the runners’ traditions is passing down the team spirit from graduating seniors to upcoming underclassmen. In this spirit, she encourages her teammates and pumps them up.

“Although I am the slowest hurdler, I do like to rally that group,” Katie said. “We all keep it interesting.”

Additionally, band added to the many hobbies on her list. Her love for band took off around fifth grade, when she had to choose which music discipline to enter. During that period of her life, she obtained an admiration for the clarinet.

“I was the only student in my class that could make a noise on the clarinet,” Katie said, “so I decided that I was going to be a clarinet prodigy.”

Throughout her band career, she’s made many memories with fellow artists, most notably during band camp.

“Everyone is stuck together for so many hours each day,” Katie said. “We’re outside working really hard, dying of thirst, and getting sunburnt, but you really have a great bonding experience with everyone who goes. You just get a second family.”

Before graduating, Katie decided to make the most of her last year in high school. She attended football games, soccer games, and other activities she could get involved in.

“I’ve been trying to reach out to more people in my grade,” Katie said. “I’ve met a lot of people through the senior retreat and people I’ve had in my classes. I’ve been trying to go hang out with them outside of school and get to know them without an academic setting.”

Through all these experiences, Katie has learned what she wanted to be, how to solve problems, and how to branch out in her final years of high school.